Newcomer / Intro Newcomer to PC - What is your Secret Sauce?

If somebody would be so kind to either answer the following questions or post links to the appropriate websites and threads, that would be wonder.

2) Where can I find how to do things like customize the HUD colors? I'm guessing a link would be best for this. As I understand it, only certain colors work right without making entire game look goofy.

3) Where do I find these special shaders that do things like make my windows not look dirty, reduces the "snow" above planets, changes the color of the galaxy, etc?

4) What other tools, tips, and bags of tricks do you (we) PC players have that I never had on PS4?

At least for 3) I know about ED profiler by Dr. Kaii

I'm using reshade to make the game brighter, previously I used fake HDR, now using gamma lift.
I don't care about fps, because I have max and it never drops. I did care though when just started using this PC (reshade can do it).
About HUD color editors. No magic expectations here, it just mixes channels. I tried to use custom colors but failed to get used to it.
eddb.io - to find everything in the galaxy (the data is uploaded by players).
inara.cz - I use it to find nearest material traders, tech brokers, sometimes for mat requirements for weapons experimental effects.

The NO2O (No To Orange) Initiative "Teal;DR" Summary: Let's build a collection of custom HUD colour configs that work nicely with the 1.7/2.2 NPC pictures! Please share yours! It will be added to The List (below) and you will be credited for it...


and this is what i use now

Old Duck said:
What are all the "secret key" on PC?
Click to expand...

Ctrl-alt-g turns off the hud. Ctrl-alt-f turns on (and off) framerate. Don't know about bandwidth but I'd try ctrl-alt-b.


Old Duck said:
Where can I find how to do things like customize the HUD colors?
Click to expand...

Answered above, but it's easier if you just learn to love orange


Old Duck said:
What other tools, tips, and bags of tricks do you (we) PC players have
Click to expand...

Keyboard and mouse is god-mode. So I've been told. It's what I use... I don't feel like god. YMMV!

The graphics mod to remove haze and space dust and what-have-you is over here --> https://forums.frontier.co.uk/threads/graphics-mod-to-remove-haze.470722/

Rustnsawdust said:
Ctrl-alt-g turns off the hud. Ctrl-alt-f turns on (and off) framerate. Don't know about bandwidth but I'd try ctrl-alt-b.
Click to expand...

Alt F10 for disk filling highest resolution screen shots while not in open, F10 for the normal enormous version available in any mode.

You can turn all those things off with one button - the power button.

ED Profiler comes with a HUD colour editor, as well as access to some settings that aren't directly available in the game client itself.

LEA Extended Input allows you to set up your own virtual button box using an Android/iOS
tablet. Setting everything up is a PITA, but it's worth it to have controls that match your HUD colours in a nice-looking panel in your desk. Bum-pain warning; virtual joystick pain warning. I am not responsible for you smashing anything.

Joystick curves is a small program that will take the input from your joystick and apply a response curve to it, allowing you greater sensitivity towards the centre of the axes. Practically necessary, imo, for fine control in FA-off. There are also programs which are superior (Joystick Gremlin), but they're much more complex as the price for the power they give you. Make sure you map using the "test axis" option rather than moving the joystick!

Finally, you need a 3DConnexion controller in your life for completely intuitive thrust control (and a ton of assignable buttons for the left hand). Use in conjunction with Sx2vJoy for best results. 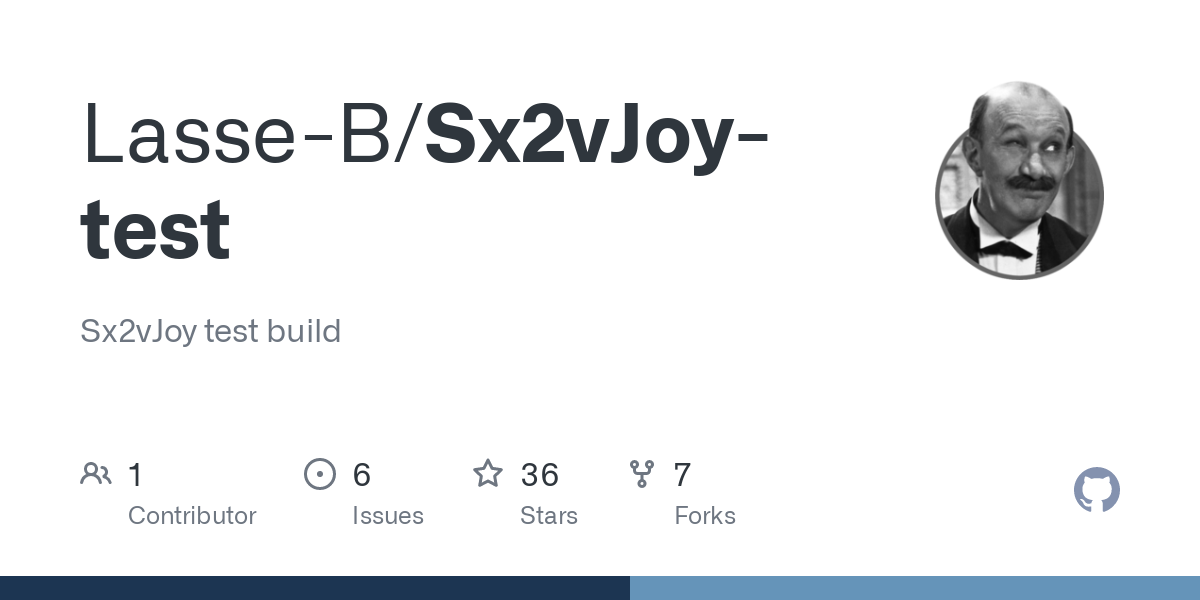 Sx2vJoy test build. Contribute to Lasse-B/Sx2vJoy-test development by creating an account on GitHub.

Keep your DS4 handy - even if you find you prefer a joystick for flying, a controller is much better for the FSS/DSS and the SRV.
Last edited: Sep 3, 2019

Windows 10 game bar for recording game sessions. Accessed by pressing the windows key plus G. You can record the previous 30 seconds ( or more if you adjust it), switch recording on and off, and switch the mic on and off. Note that there's a bug on the mic, where you have to switch it off then on again before it works.

Also nVidia Experience for recording if you have an nVidia card. It works quite well until they do a driver update, then you often have to to wait for the next one or a Windows update to fix it.

It's Worcestershire sauce, if anybody is asking by the way.

the100thmonkey said:
...........
Finally, you need a 3DConnexion controller in your life for completely intuitive thrust control (and a ton of assignable buttons for the left hand). Use in conjunction with Sx2vJoy for best results.
........
Click to expand...

Although in the new series of The Expanse the Rocinante's pilot controls are joysticks instead of the 3DConnxion stuff. (I have the SpaceMousePro on my wish list - even under £300 it has still not been gifted to me )
Last edited: Sep 3, 2019

Old Duck said:
4) What other tools, tips, and bags of tricks do you (we) PC players have that I never had on PS4?
Click to expand...

Most driver options of relevance (I know your setup will have a 1660Ti) are available through the NVIDIA CP, but a few are not. Specifically, you either need something like NVIDIA Profile Inspector (the easy way) or a hex editor (the much more difficult way) to disable the CUDA P2 state (anyone who doesn't do this and then uses the NVIDIA encoder to capture video is taking about twice the recording performance hit they have to because their card is knocking several hundred MT/s off it's memory clock) and enable moderate memory pre-allocation. The more easily accessible options (in the official CP) include forcing 16x AF, high quality texture filtering, low latency mode (ultra), forcing threaded optimization on (if you have insufficent lightly threaded CPU performance to fully saturate your GPU) or off (if you have something heavily lopsided in the CPU's favor, like an i7-9750H driving a 1660Ti), and enabling any VRR option you may want (usually along with 'fast' vsync).

When it comes to the game config files, there are adjustments that can be made to Appconfig.xml that will improve CPU/GPU utilization and smoothness on most setups, adjustments to AudioConfiguration.xml that will reduce audio latency without adding distortion/corruption, a whole lot of things you can add to the GraphicsConfigurationOverride.xml to improve IQ at minimal performance cost, and a slew of shadow tweaks that should be put into the main GraphicsConfiguration.xml (not the override, because you cannot add frustums to the override).

As for controls, I would definitely recommend something to give you analog control over all thrust vectors, but I do not believe the aforementioned 3DConnexion SpaceMouse is the most effective or cost effective way to do this.

I consider a 3rd party screenshot tool a must, as the game only saves screen captures as bitmaps (PNG is better, same lossless quality, half the file size) and doesn't allow the save location to be changed.

As for video recording, both the previously mentioned Windows Game Bar and NVIDIA's ShadowPlay will certainly work, but OBS Studio is objectively more configurable, and will use NVENC to it's fullest. Even on my older Pascal part, I can capture 4k60 video at a nearly visually lossless 60-80Mbps with maybe a five percent hit to frame rate while recording. Turing's updated encoder makes this even more efficient.

Buy used (3DConnexion build their Space* devices like tanks - they should, given the price ) and it helps to have a partner who spends a lot of time in Blender.

The alternative is a left-handed joystick (barring any other devices that I don't know about), something I never found intuitive. I'm comfortable with millimetre-level inputs. Because mental giant hands