Just got back into planet coaster after a 2 year hiatus, thankful the community is still active and the game is being updated.

Always wanted to make a food truck in planet coaster but until vehicles were added it was quite difficult. Tried making a trailer and that didn't work out too well.

Anyways, I initially wanted something like the SWAT Van (Grumman/Panel truck) because that is the most accurate to real life food trucks, however kiosks are absolutely massive compared to the SWAT Van and also way to big for the bare truck chassis. So I decided to use a Garbage Truck and build the kiosk inside of it and make an enclosure. I'm really happy on how it turned out. Made some quick menus using the online billboard makers, the decals on the sides of the truck are signs sunk into the box sides. Last picture is for size reference, this thing is tiny. Was inspired by caravan/trailer pop out side panels for the kiosk. Also made a quick little diorama. Also left the game time running, so kiosk clerk quit and it took about 7.5 hours from start to finish. 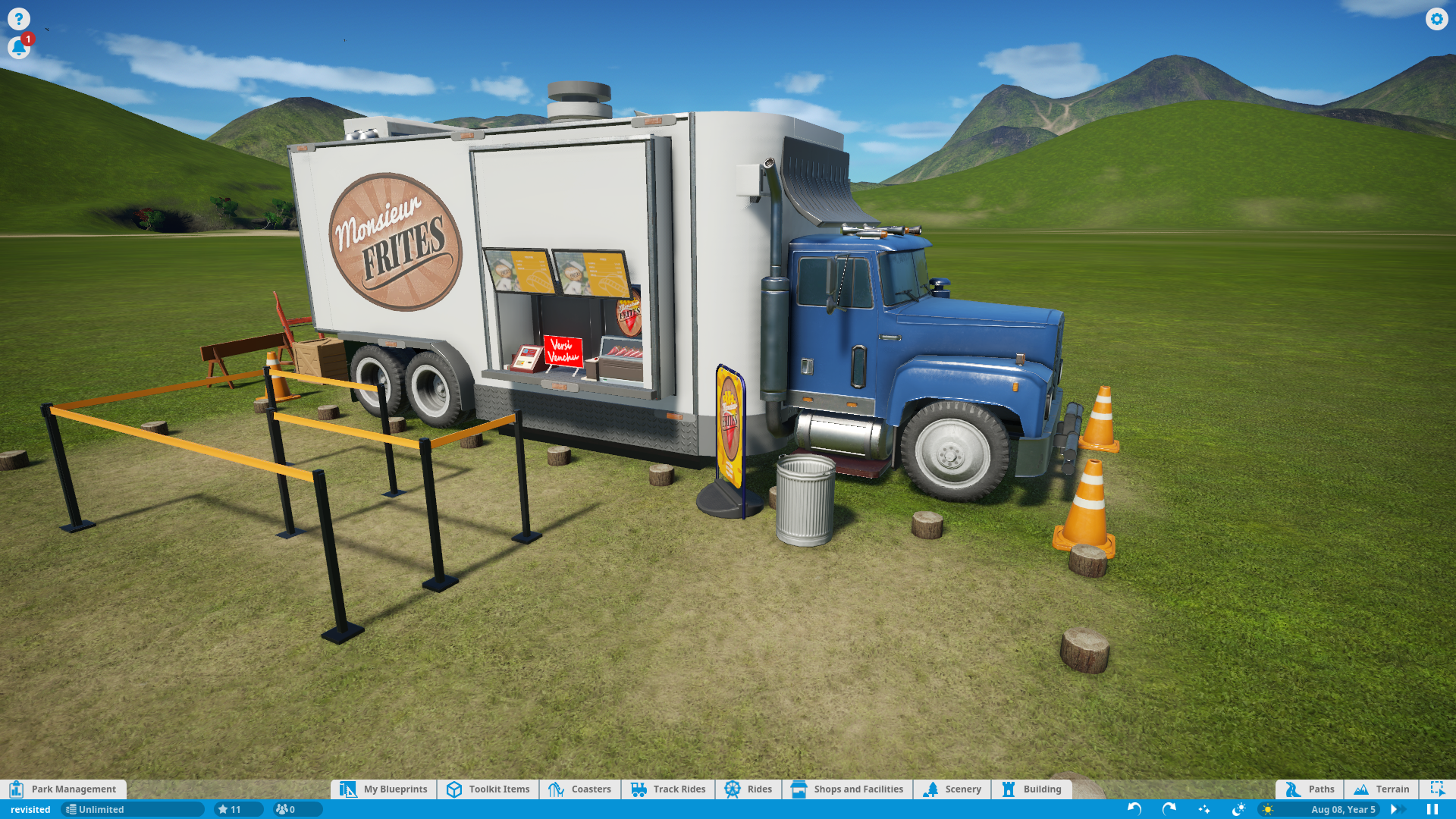 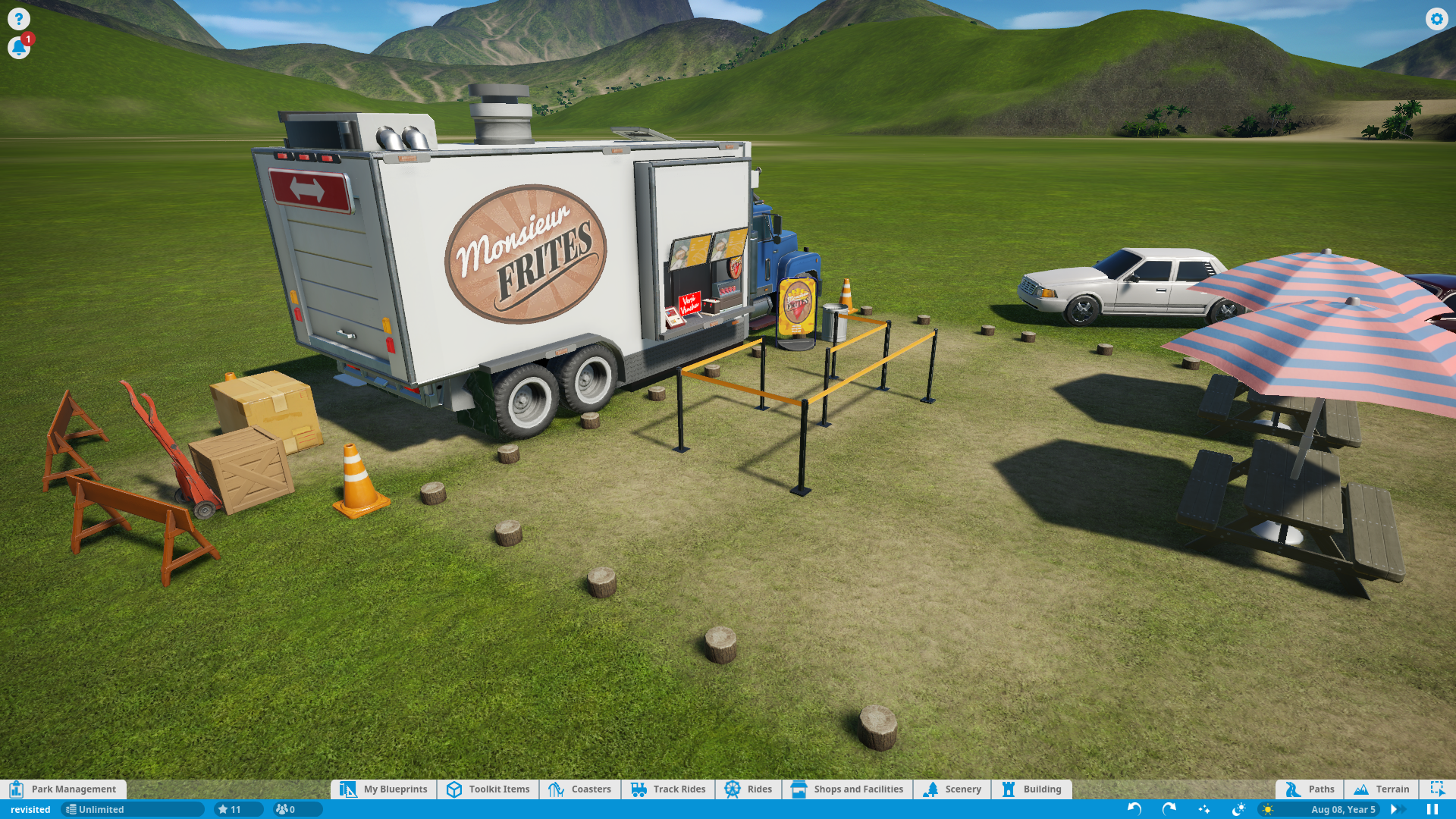 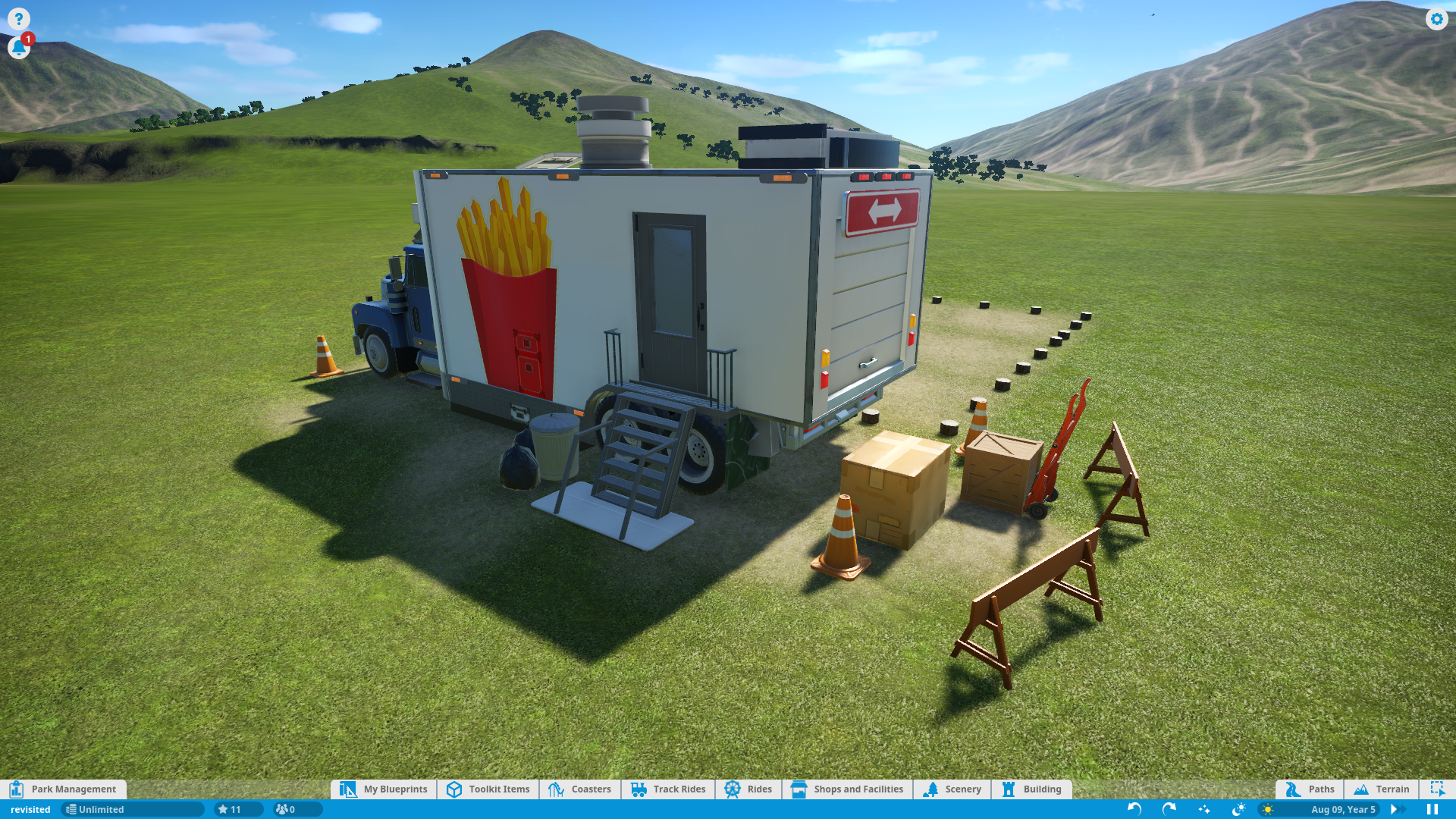 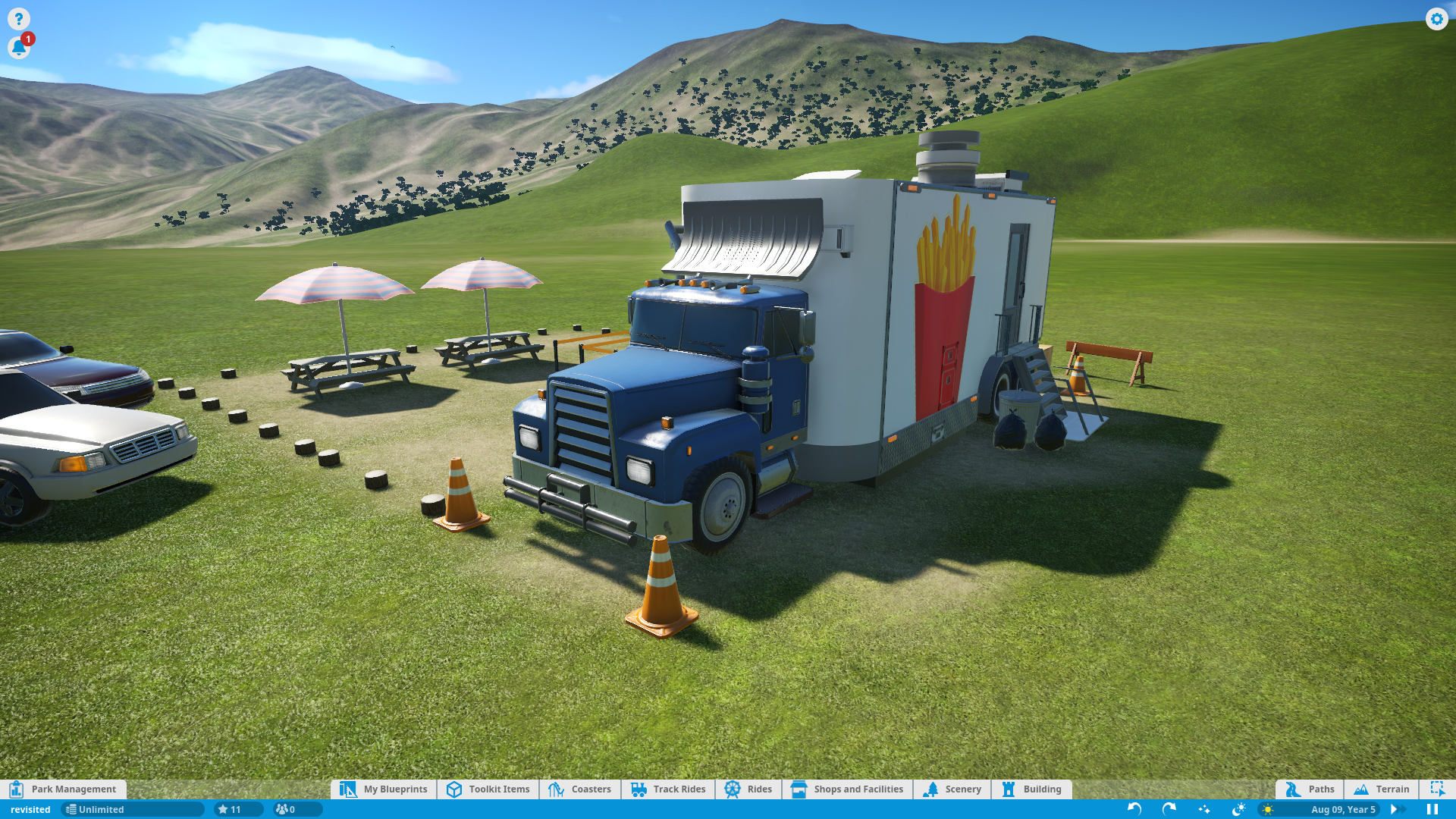 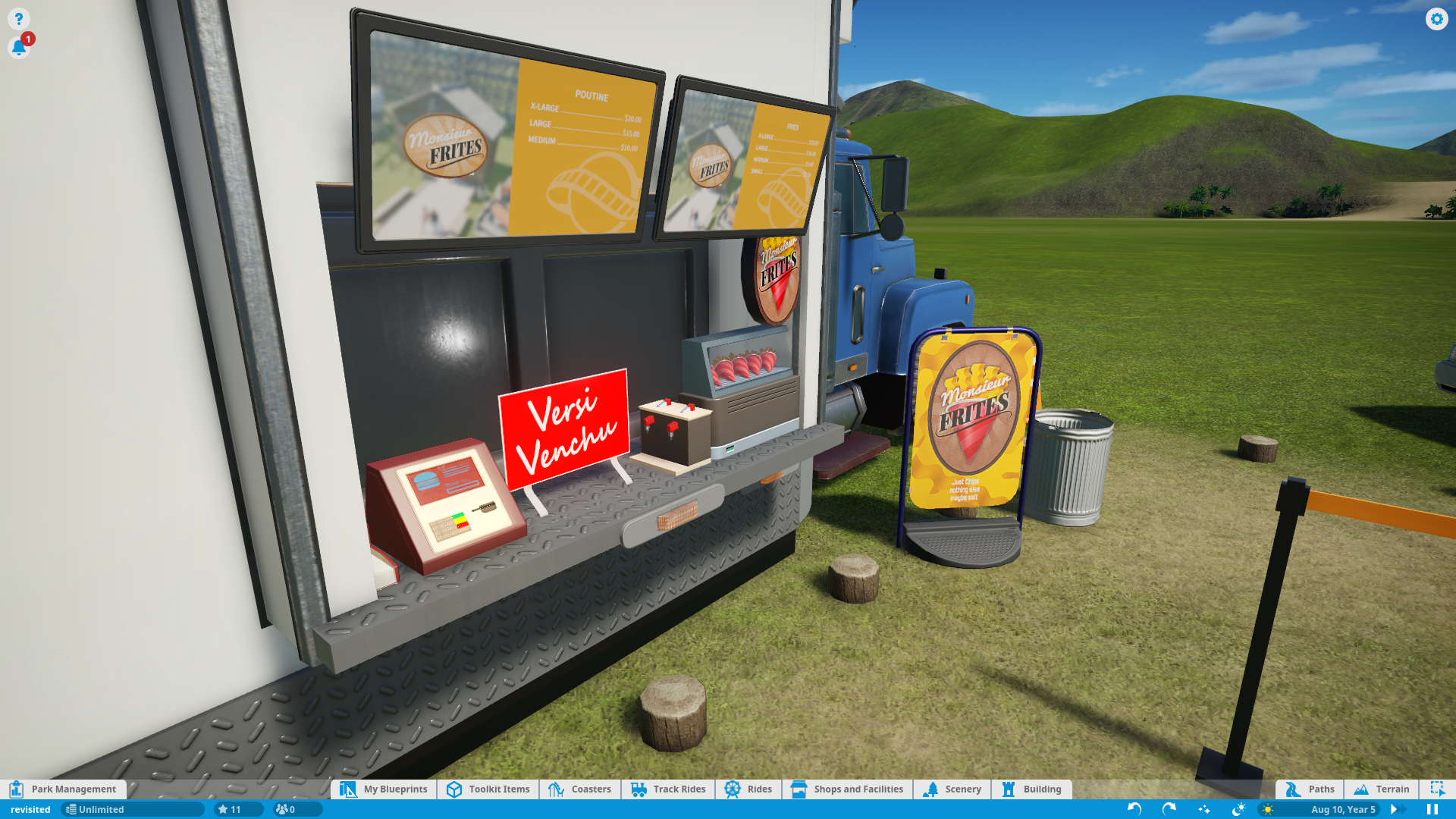 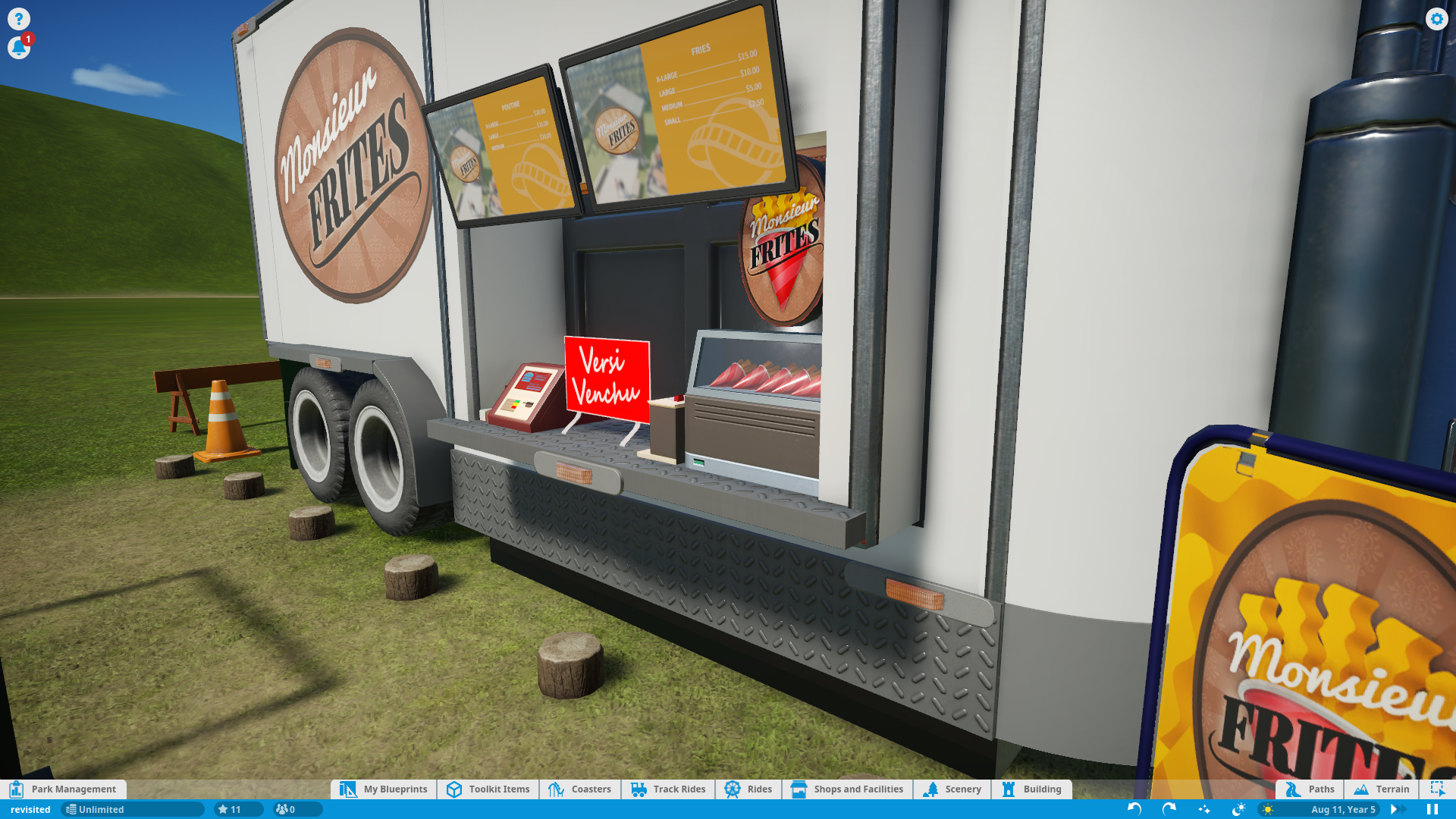 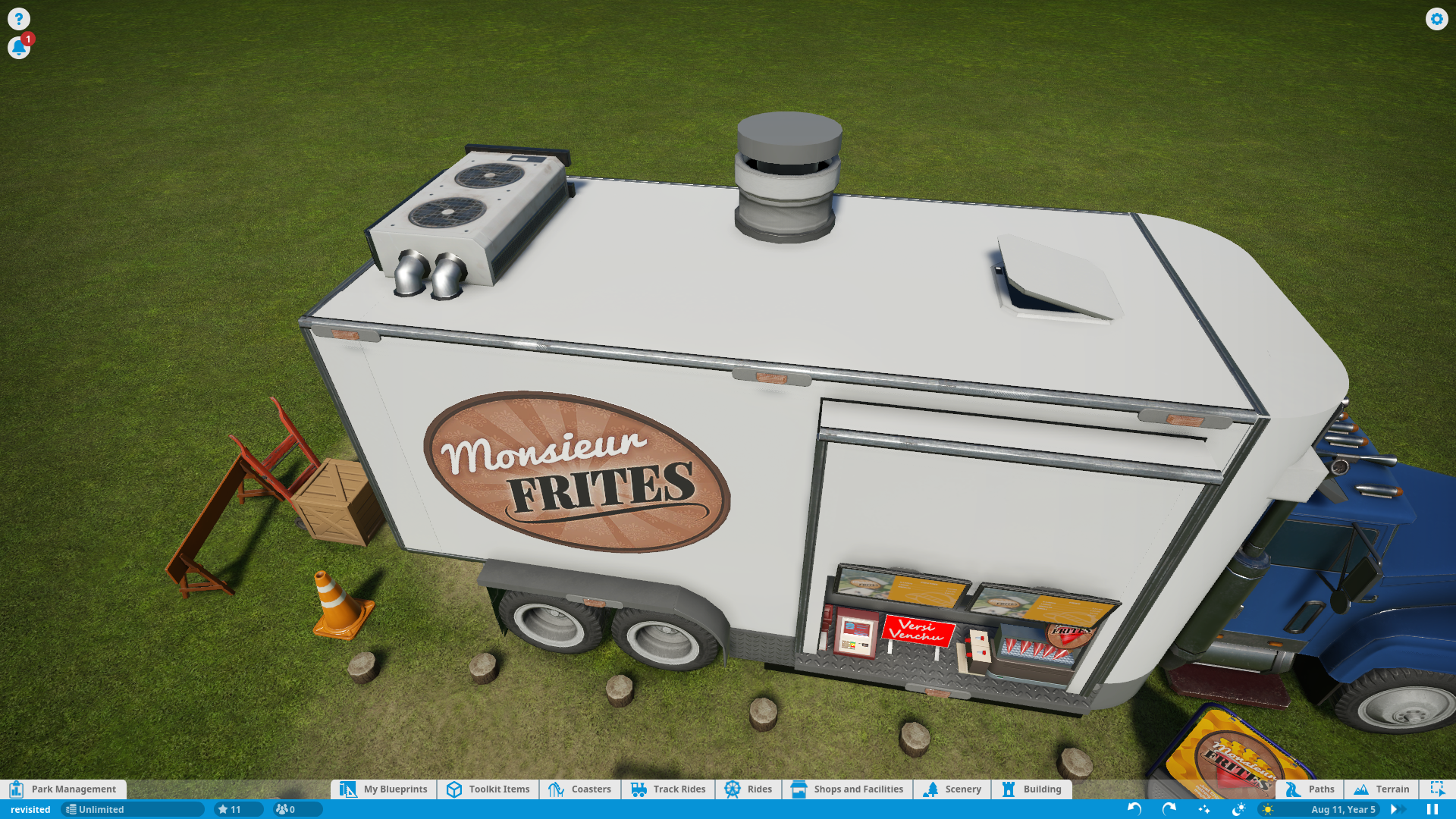 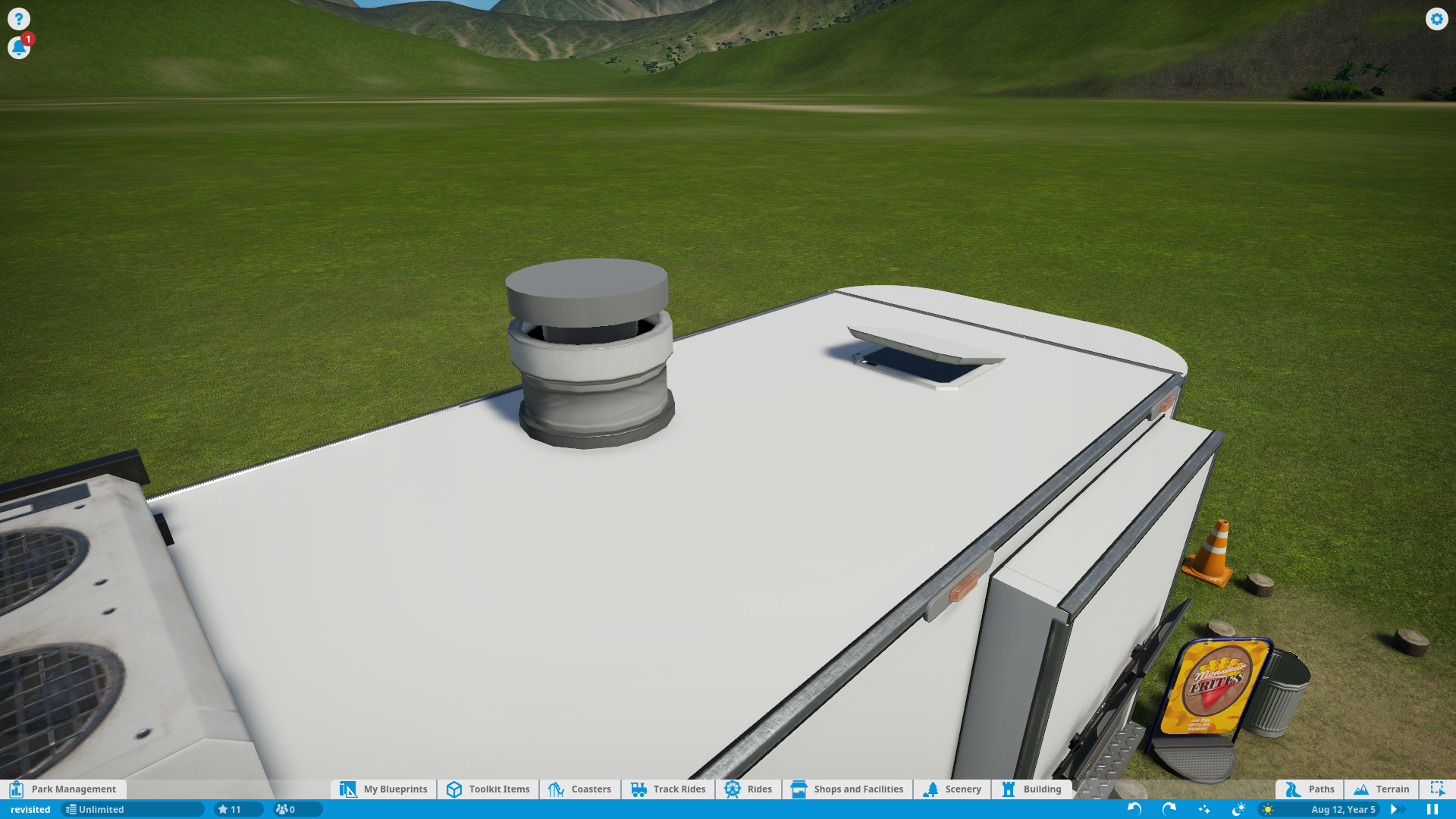 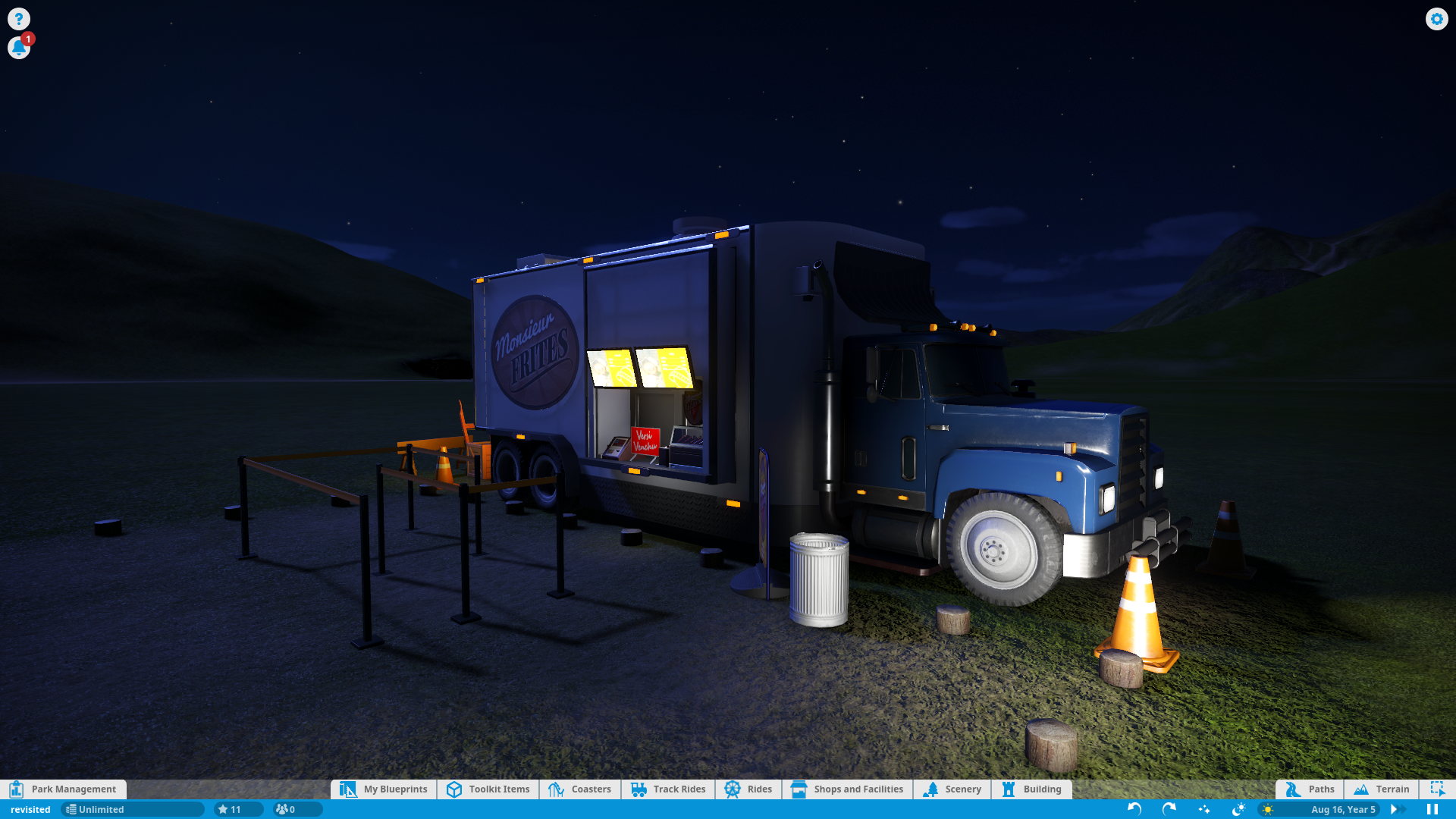 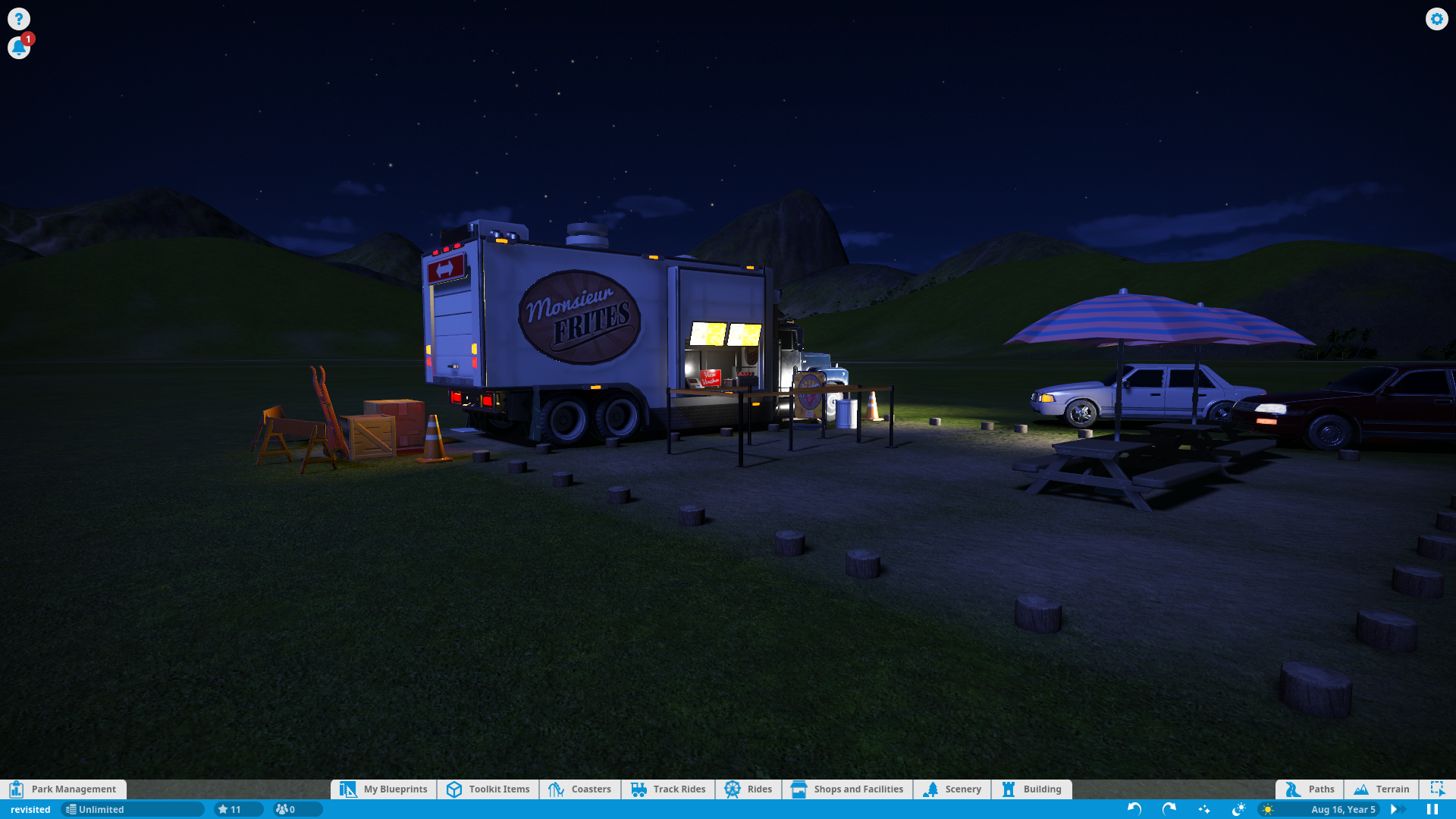 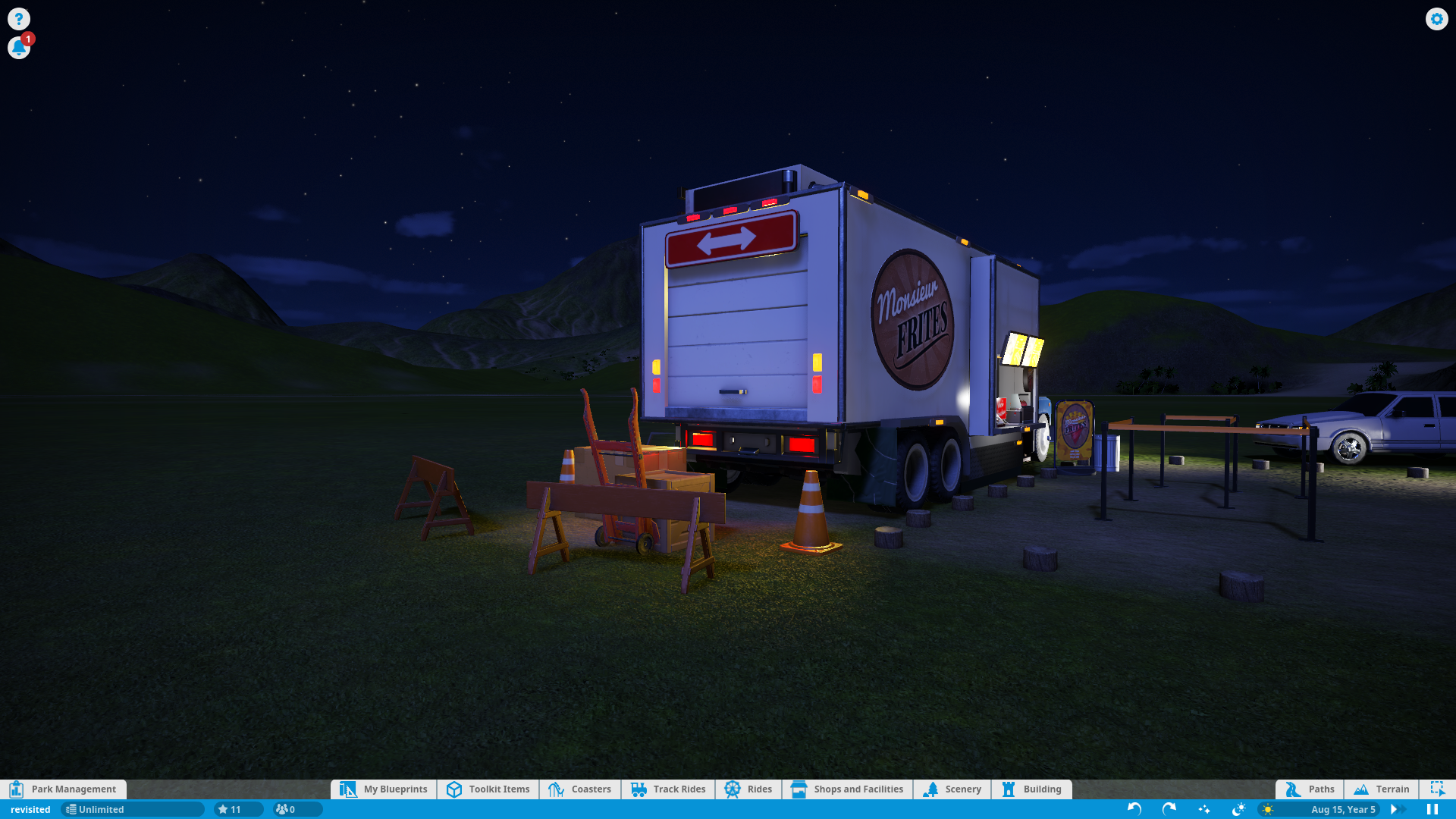 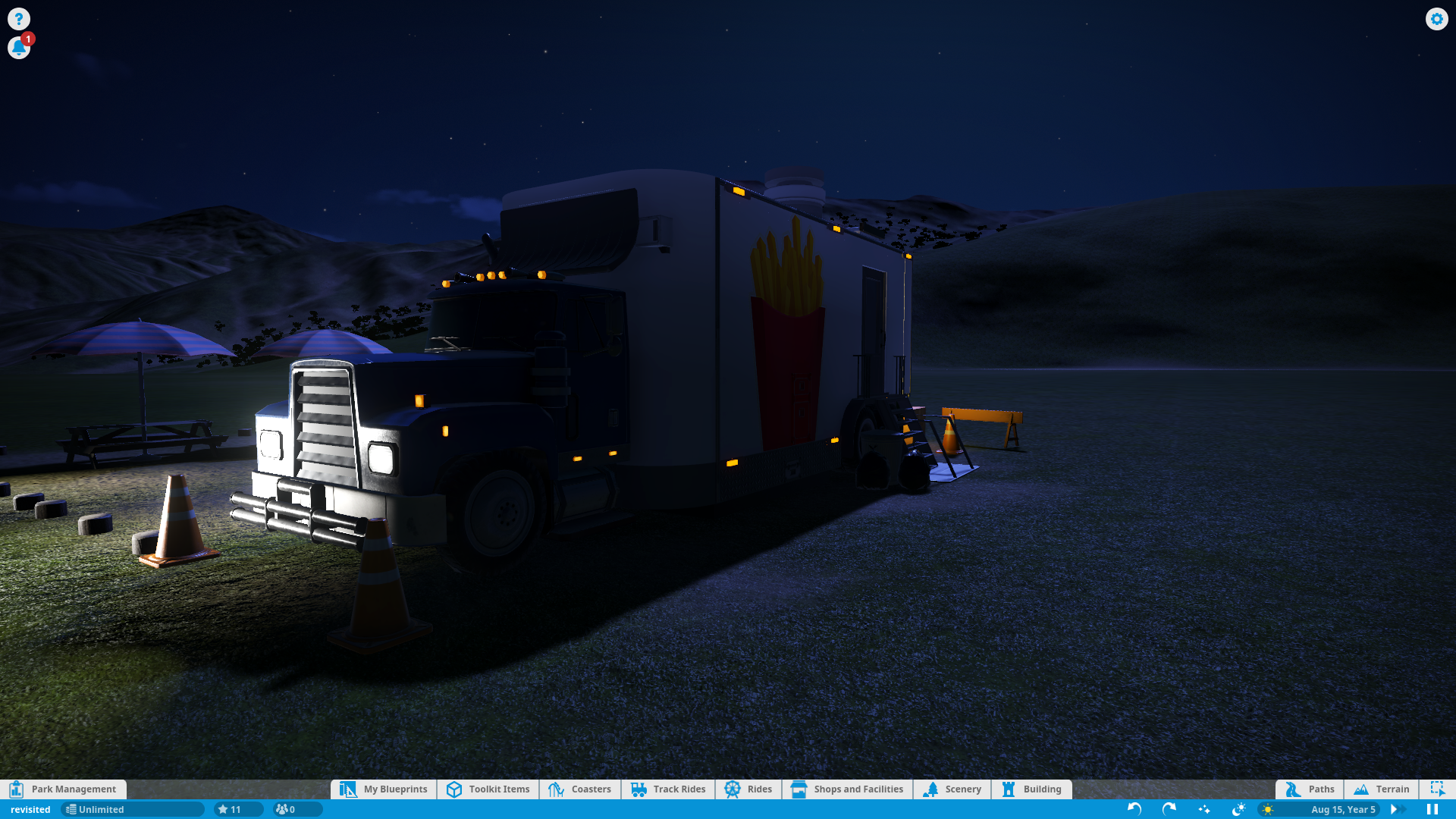 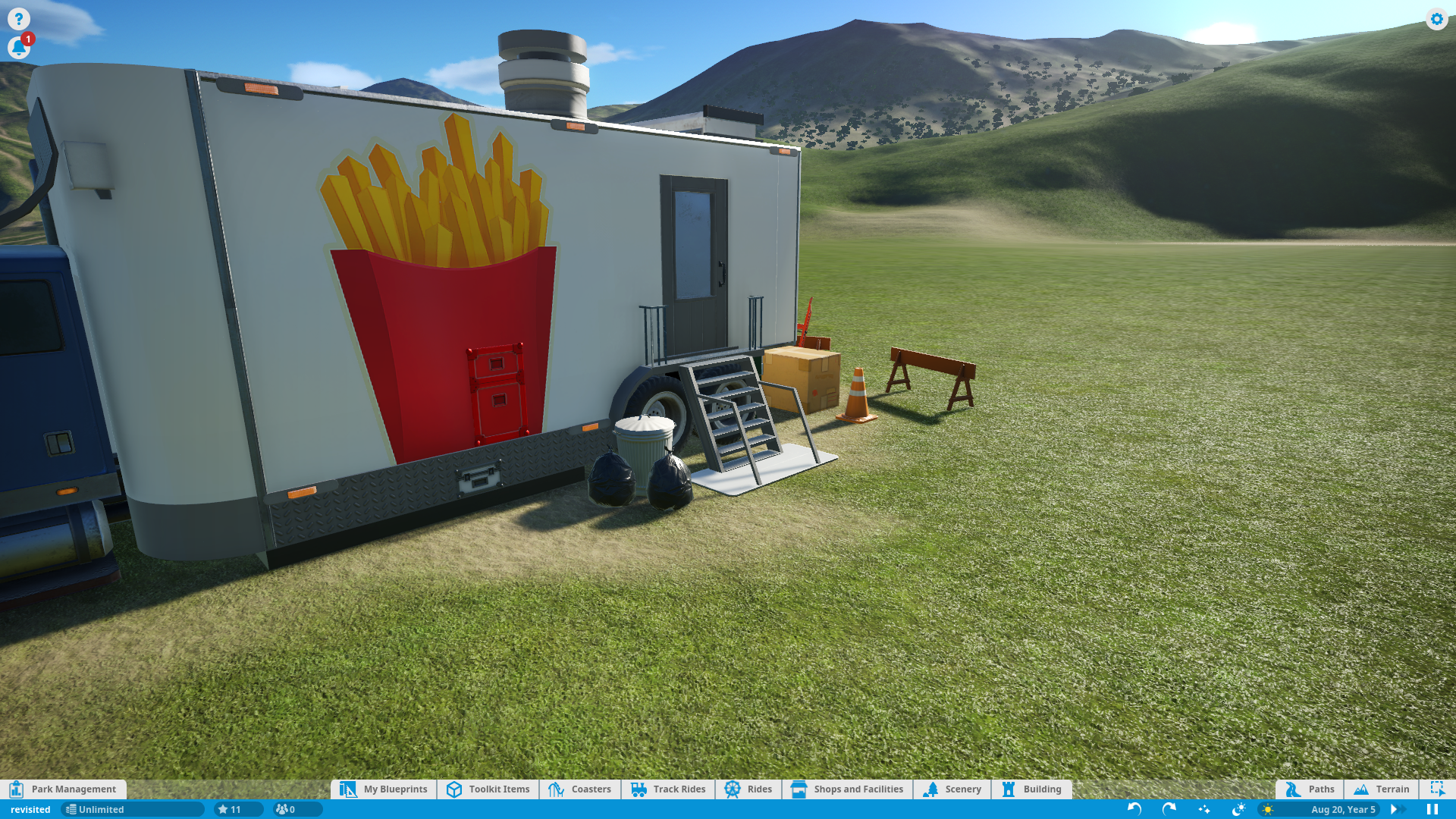 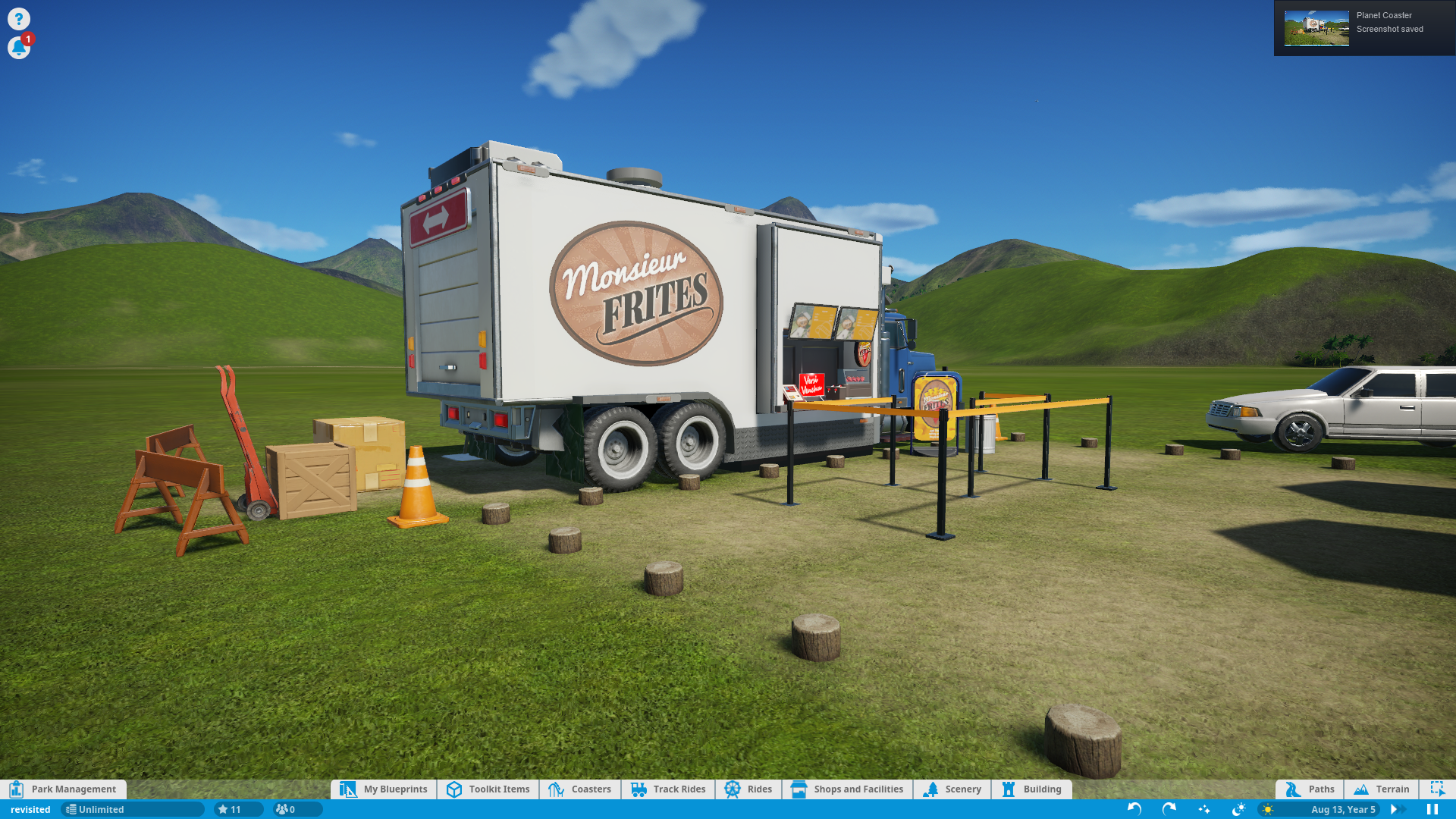 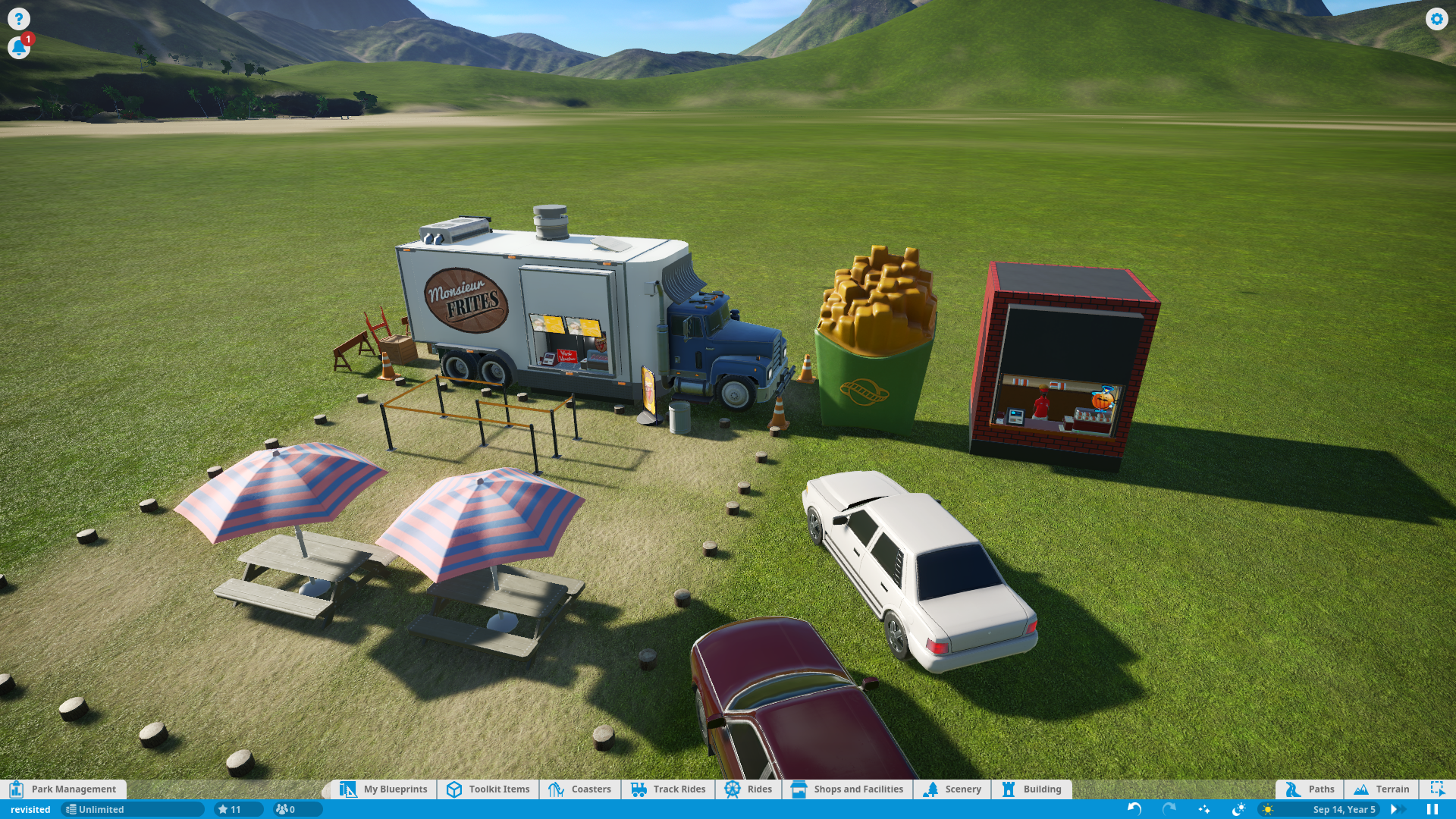 I love it! But it looks as if the path is not connected to the shop?! Now, if guests would actually have the urge for fries in the game...
I would love to download it. Would you consider adding it to your workshop and posting a link here?! Thanks in advance.