That's the best interview so far. Not just because Dr Ross is one of the best (among Dom, Dav and Mr Evans who sadly stopped posting...), but also because the questions aren't as opportunistic as they used to be in the other interviews. Let us judge if you are awesome, don't do it yourself...
In that spirit, thanks for being so awesome.

As for the soundtrack, I listen to a lot of music but if I'd need to pick something for Elite Dangerous it would probably be the Blade Runner soundtrack by Vangelis. Either that or the Dark Star soundtrack, which is just as good but completely different...

Benson, Arizona, blew warm wind through your hair
My body flies the galaxy, my heart longs to be there
Benson, Arizona, the same stars in the sky
But they seemed so much kinder when we watched them, you and I

Thanks for making such a beautiful game

Keep cracking the whip on those Renderers

What is your go-to soundtrack, playlist or artist for those long expeditions out in the black?
WELL...
Lots of game music, originals & remasters, and some select rock pieces & some more.
Including, but not limited to:
....
Last edited: Sep 6, 2019

You've just become an instant hero to this forty-something Fatherhood wing member! Though my family may want a word with you about the hours they've lost me to the game...(though even they admit it looks incredible)
Many, many thanks to you & your team for the gorgeous visuals.
Soundtrack for the black..? I just love the in-game audio too! babelfisch said:
As for the soundtrack, I listen to a lot of music but if I'd need to pick something for Elite Dangerous it would probably be the Blade Runner soundtrack by Vangelis
Click to expand...

And Kay - you are doing a fantastic job, in every sense.
That's the job I always wanted to do - but I ended up writing data mining software, and as I'm now retired I can spend all my time running yours.

Thank you Kay for this interview and your work.

Good interview; does this qualify as a return of the Dev Sneak Peek?

Normally I stick with the game ambient music tracks, but for the First Great Planetary Expedition earlier this year I mainly bounced along to Bowie, ABBA, Awesome Mix Vol 1, Vangelis Heaven & Hell, Interstellar OST, Daft Punk Discovery, Fleetwood Mac Rumours, and the odd playlist of other songs that’ve caught my ear’ole. There’s just a certain je ne sais quoi about flying off a crater cliff in the dark, going into an uncontrolled tumble in the SRV, in VR, trying to synthesise a hull repair, nearly exploding, all while The Five Stairsteps are belting out “oo-oo-child”

My go-to sound track is the entire collection of Breaking Benjamin. Ever since their track on Halo 2, I've felt their music has a strong connection to space and scifi.

Or listen to "Ashes of Eden" while in supercruise, it's so serene.

Thank you for all your hard work on the game!

Hey, is there any ETA for better (ship) explosions? Right now they are just very basic 2D sprites that turn depending on the player's angle of perspective and can't keep up with the rest of the visuals in the game. In fact, this has been a case since day one. I'd love to see something else than 2D sprites.

M
Hello Kay, any thoughts about a possible DX12 or Vulkan renderer? Is it in the cards, or it's not worth it (in terms of visual or performance) at this really advanced period of the game lifetime?

Crimson Kaim said:
Hey, is there any ETA for better (ship) explosions? Right now they are just very basic 2D sprites that turn depending on the player's angle of perspective and can't keep up with the rest of the visuals in the game. In fact, this has been a case since day one. I'd love to see something else than 2D sprites.
Click to expand...

Interesting. Who found that out? I mean, cool guys don't look at explosions...

Alec Turner said:
Can I just say that, for me, Kay is one of Frontier's true heroes of Elite: Dangerous - and yeah, I appreciate it's a team effort but I'll never forget that first Discovery Scanner episode where you explained some of how Stellar Forge works - I believe I'm right in thinking you had a big hand in the development of all that? and you should feel incredibly proud of it. The procedural generation of the milky way, from a galaxy, down through systems, stars, planets and ultimately right down to surface level terrain and beyond is a work of true genius and the absolute heart of the game for me. Sure I can go trading and bounty hunting and mining and all that jazz but what REALLY floats my boat so to speak is travelling to places (gaining a profound and very real sense of the scale of the galaxy as I go) and then landing and really savouring the endless variations in terrain by skimming over (and through) it in the SRV. I'm a skier in RL and Elite gives me a similar sense of freedom and joy in choosing my route and then "dancing with the landsacape".

Never wanted to be a fan of someone, but I'm afraid that's what just happened to me now.
I meant Dr. Kay of course, but you are definitely a candidate.

S
Thank you Kay, a nice interview that leaves me in awe of you and your skills. 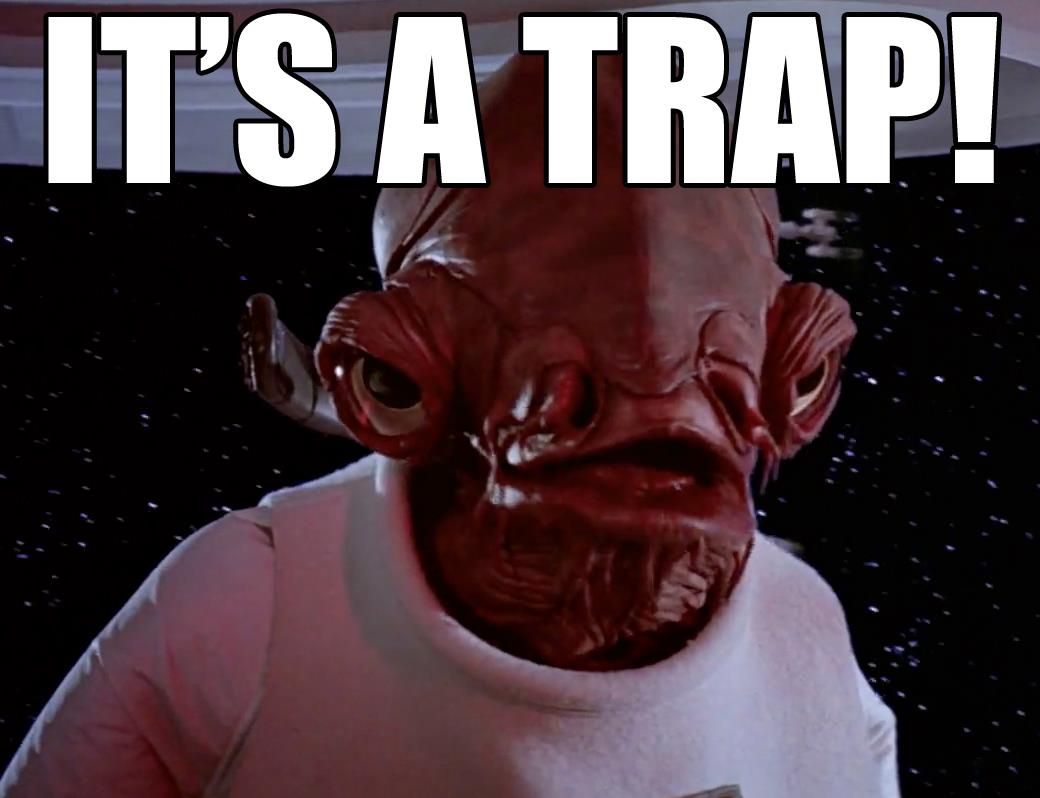 I must say Kate I offer you my personal best for taking the "plunge into the gaming world" We are a lot more happier as a result. Martial Arts too. I am a 3rd degree Black Belt Instructor in TKD. I love the sport aspect. Now I am close to 61 years of age I still have abs like stone but high kicks are not as fast as they used to be. I still teach youngsters where I live in the Philippines. It is such a popular MA that it never gets old for me. Kudos for trying so many awesome MA and I bet you mastered them all.

Hi, Kay thanks for being truly awesome

But Lancaster? Martial arts? Please don't tell me you are originally from "up-north", as our paths might have crossed.
Played Elite1 as a kid, but my mates had elite2 as teenagers.

I'm from near Preston and studied in Maths and Computing at Huddersfield Uni 96->2000 coinciding with the IT bubble crash, one of my coursemates had gap year (1999 whilst I was Y2K bug crushing in RPG on an AS400) so he tweaking the code for a particle accelerator in Chesire, then tweaking the code and algorithms as his Dissertation.
but our programming side was limited to Matlab & python, and it was my first brush with 'coding, outside of BASIC on my commodore 128 when I was a kid.

I see that Computer Sciences has blossomed thereafter my departure. Not only that you even got your Degree handed to you by Captain Picard/Xavier himself - Patrick Stewart... I AM NOT BITTER!!!

Oh and a proud member of the local Hudds Jui-Jitsu club. Naturally, my friends and I enthusiastically tried plenty of other martial arts.
Decades later, living in Sweden, with a damaged body I'm training hard and developing a decent middle-aged spread in shameful pride

A decade of hard strife in web work for advertisers and I was in large teams doing the big world-wide campaign stuff, building elaborate sites, with a clever mix of the actual film, 3D movies, and 2D animations rendered ontop, and mini-interact & game experiences on the side. Effectively building small games.
After flash died (thanks Steve Jobs) and in the combination of the banking crisis - were struggling for work to satisfy our skills and ambitions. I and my colleagues tried to make the move into bigger 3D production and proper game production (our passion that droved the quality of the web-stuff) since we were dabbling more and more into Unity.
Dice's frontend to frostbite was based in pseudo-language of ActionScript, and there was plenty of client-server html5 stuff going on.
I became a tester for the HTML5-webGL stuff my former colleagues were becoming famous for, and other colleagues started up their own mobile game companies (as we discussed) whilst I went back to Uni to learn to programme "properly" to make games (properly), only to discover the knowledge was inside of me all the time
My first job out of school was programming away some person customer service job, with a customer interface: a mixture of low-level c# database stuff, with html5 front-ends and after having a lifetime of web-browser-rendering and script compiling eccentricity issues, multiplied by the complexity of mobile phones, a bizarre mix of typed and non-typed languages trying to send JSON packages - my inner soul was dying. Especially when I helped out my old colleagues with some VR installations.
It was too much though, I crashed and burned, to much real-life stuff on the side of development.

I now live my life by playing Elite Dangerous (and other games naturally).

But I'm happy to share this journey and passion with the dev teams and it ruffles me up the right way when I see points of reference for my old life back home in England. sniff

When exploring / mining i use a premade classic Jazz playlist:

When i expect things to become more "lively", i just go with the debut album of Sigue Sigue Sputnik. It matches Elite Dangerous beautifully, in my opinion.