PiLhEaD said:
No mate, no one will mock you, the bindings are utterly horrendous!

It's such a shame as the game is such fun.

IL2's bindings interface makes FDev's look to be world class - which is quite impressive...
Click to expand...

I feel DCS bindings interface is the most atrocious. I haven't played DCS since I swapped HOTAS, because I have todo the bindings again...

The best bindings screen I've seen so far is X-Plane 11, it actually shows a pic of my hotas and visually identifies my buttons and axis as I press/move them to help with the bindings.

One of the DangerDogz has done that skin

Hah, I had a blast carrying paratroopers and cargo (I always imagine I was carrying adult magazines for the troops in the front) in that lumbering tincan. One of my favorite DLC airplanes.

I can't properly explain the rush I have when flying at night over enemy territory to drop paratroopers, with enemy seachlights lighting parts of the sky, crossing al the fingers hoping no emeny fighters would show up... And the rush of successfully delivering a full cargo of adult magazines to sopme frontline airbase, then flying back while being pursued by 3 enemy fighters with a slow semi-crippled plane and dead turret crewman, diverting through allied airbases to draw the airbase machinegun fire to my pursuers...

This DLC is the best example on how hauling cargo can be a rush!
Last edited: Monday at 11:04 PM

askavir said:
This DLC is the best example on how hauling cargo can be a rush!
Click to expand...

All that tasty cargo!

The only thing I don't like about the Ju 52/Зm Collector Plane, is that it's one of the few planes that make me wish for at least another magnitude of time acceleration (16x). It just takes so long to travel, and it's airbases are usually the furthest away from the front...

CoD has 16x time acceleration. Probably the only thing it has going for it compared to BoS.
I can't comprehend for the life of me how they could have come to the asinine decision of removing the small speed bar with vital info like airspeed, altitude and most importantly heading. I'm ok with "full realism yadda yadda", but what with instruments too small to be read at a glance, or that damn P8 compass sitting exactly behind the Hurricane and Spitfire control columns

It makes literally impossible to follow headings or having a general bearing on direction/position in the absence of visual clues or landmarks. At least there's still the map with live planes icons.

Still having some good old IL2 fun anyway, just had a mission that has been probably one of the best I had in any campaign since 1946. Technically just a transfer flight in my Hurricane, from Tangmere all the way to Manston to be assigned to a new squadron there. Of course I wasn't surprised at all when I met a wing of 109s apparently aiming for the blimps over Brighton, being that a scripted campaign mission a simple transfer looked suspicious enough. I had been cautious enough to gain sufficient altitude to have a bit of energy margin should the need arise, the Hurricane is hopeless against the 109 in a level fight.
What definitely surprised me was the "weapons failed" message as soon as I shot my first salvo at one of them, finding myself at the end of a dive with no energy, no guns and four angry Germans on my tail. My only chance was to fly as close as possible to the ground to bamboozle the IA into not firing at me, and hope for the best. This resulted in an absurdly fun low level flight, skimming tree tops all the way to Folkestone, near which I must have had the luck of crossing the space of an airfield with AA emplacements, since I saw tracers coming from the ground and after a couple minutes saw the 109s had broken chase and were circling near the town. At that point I was already past Dover and found the guts again to gain altitude and search visually for Manston. Such was the relief that as soon as I spotted a large grass airstrip I aimed squarely for that, landing with every possible disregard for any rule of approach. Only then I noticed I had actually landed at Margate, just a couple km away from Manston, and had to take off again! So short was the distance that I approached Manston a bit too impatient and almost stalled the plane before gaining enough speed from the take off, risking to crash a few hundred meters from my objective.

It's been such a thrilling ride that I didn't even notice flying the entire Chichester-Dover distance in real time, with no autopilot, relying only on visual clues outside the canopy. I hope to have some missions like that again.

AkenBosch said:
...I can't comprehend for the life of me how they could have come to the asinine decision of removing the small speed bar with vital info like airspeed, altitude and most importantly heading. I'm ok with "full realism yadda yadda", but what with instruments too small to be read at a glance, or that damn P8 compass sitting exactly behind the Hurricane and Spitfire control columns

Yup. CoD's compass is a bit rubbish, and there's not even an option to remove the control column from the view. It's really unhelpful and necessitates using the 'full realism GPS view' for navigation. Yeah, 'realism', 'great'.

As for the rest... that's super cool! One of my bomber intercept flights in a Hurricane was made all the more memorable by taking a hit early on that crazed the targetting glass. I still downed a decent number of the Fokkers (ahem) but it was an eventful flight.
Last edited: Wednesday at 2:51 AM

AkenBosch said:
CoD has 16x time acceleration. Probably the only thing it has going for it compared to BoS.
I can't comprehend for the life of me how they could have come to the asinine decision of removing the small speed bar with vital info like airspeed, altitude and most importantly heading.
Click to expand...

Are you referring to CoD or BoS? BoS still has that bar, you can turn it on using the "I" key (default).

Cliffs of course. That's what I meant saying that 16x time acceleration was the only thing it had better than BoS.


(I didn't have neither a hotas nor head tracking back when I played 1946. If only I had!)

It'll also have this... the Team Fusion Cliffs of Dover add-on, Desert Wings...being released this summer on Steam and the IL2 website


They also have Dover, the castle and the cliffs in RoF...if you took a job as home defence you were stationed over there shooting down Zeppelins 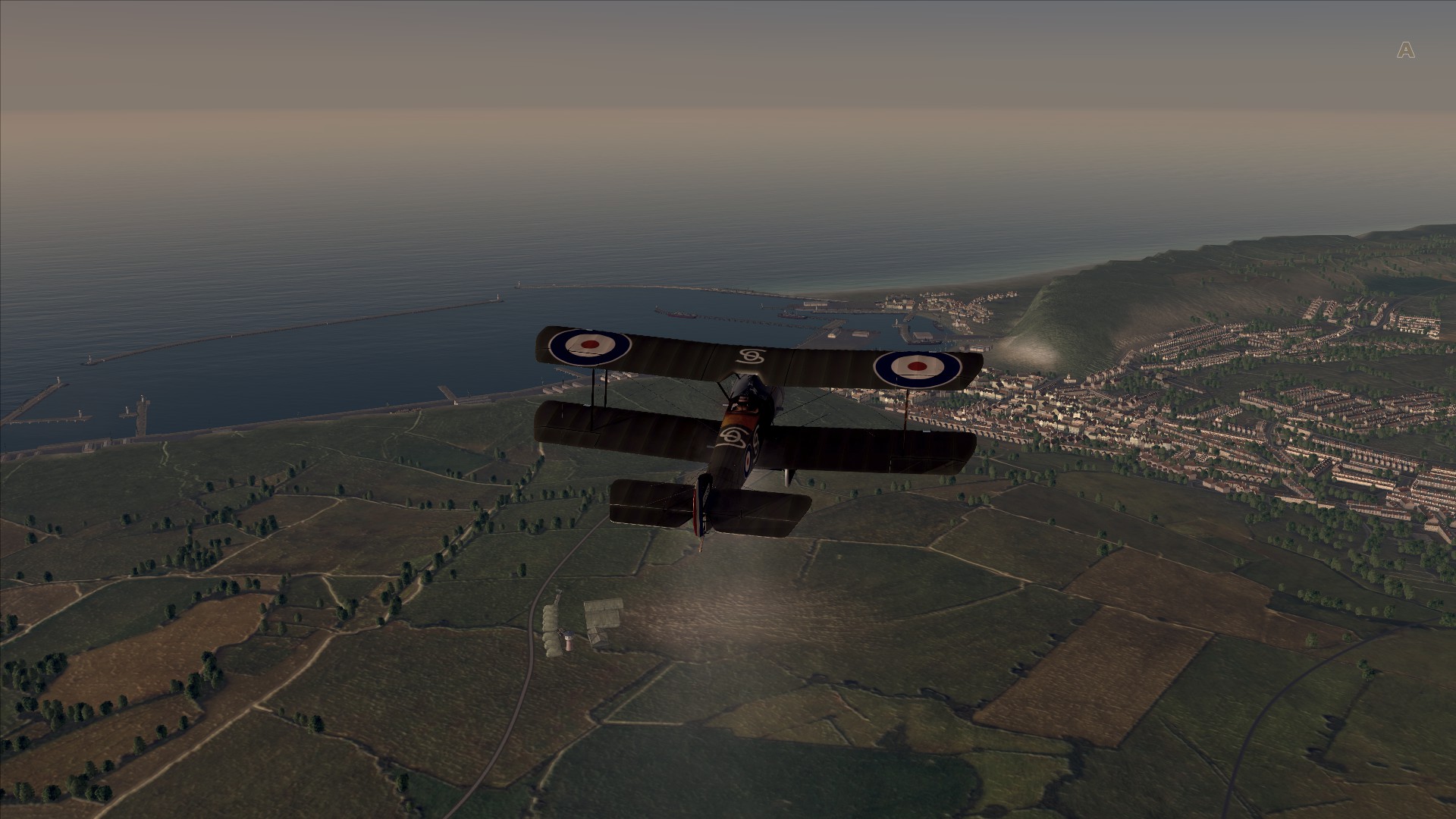