M
1800hrs+ mate in 6 months would be an achievement yes indeed... and a bit of a selective reading there as well... read some on the forum before posting rubbish, they are only increasing solo BH, not wing etc for now due to potential exploitation by players, You would now that if You scavenged the forum a bit before shouting Your frustration out.
If they stopped the updates than where do we know that they are delayed? crystal ball? they do keep us updated.

M
So chill out and wait, don't act up like my 6 year old daughter who was promised something but due to no fault of my own the parcel was delayed so she starts blaming me.

Plus comparing a company producing software for clients who ALREADY PAID for it to a video game development publisher who is NOT GONNA GET PAID A SINGLE PENNY before release casts a bit of a doubt that You know what You are talking about...

There will be a new dev diary this month - that's official info.

My guess is we'll see public alpha/beta in Feb/Mar, and full release in August-October

M
That's all we have to know. How many 2hr+ dev diaries You get from other publishers. Some people just can't appreciate what they get just asking for more and more... 90% of time You will get few 2min teasers. estimatrf release date and then closer to release maybe some gameplay on yt without chance to ask questions or anything... sigh...

Flora? Yes, we are getting plants. Fauna no.

Yeah, I imagine we will see it before the xmas livestream they are doing (on 16th?) or as part of that stream. It's all good.

thistle said:
Flora? Yes, we are getting plants. Fauna no.
Click to expand...

Well, not ambulatory fauna, at least, although I guess one could be more or less inclined to care which kingdom things like coral belongs to, given it no more jumps for your throat than does a begonia. :7

T
A field of these things would be great. Or even a little one for the cockpit! 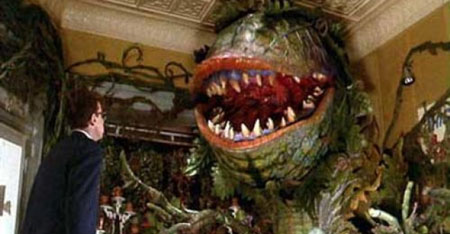 thistle said:
A field of these things would be great. Or even a little one for the cockpit!

Suddenly CMDR Seymor...
Puts up a vacancy note at the pilot's lounge for the fifth time in a week....

thistle said:
Flora? Yes, we are getting plants. Fauna no.
Click to expand...

Oh the "real" flora, the flora nobody has claimed is coming as part of Odyssey?

As opposed to the "not real" flora, the flora that we have been told is coming?

What an odd complaint.

thistle said:
Oh the "real" flora, the flora nobody has claimed is coming as part of Odyssey?

As opposed to the "not real" flora, the flora that we have been told is coming?

I don't know, I was asking.

I didn't even know there was a flora that comes

I didn't even know there was a flora that comes

T
Serious answer though, I think the flora we are getting is limited by the tenuous atmospheres, so scrub-like plants I imagine.

Now that you say it, it's true that without atmosphere, it's difficult to have the flora.

-VR- Max Factor said:
I'm not expecting anything at the moment. I'm keeping an open mind.

As to whether the atmospheres themselves will give us extra gameplay, I doubt it. But I don't expect clouds or weather to do that either. It will still be flying, just with some turbulence.
Click to expand...

You know, after some thought, I think the only way for atmospheric weather to truly have an affect on flight gameplay beyond some turbulence and keeping the ship under control and on the correct path in high cross wind conditions (like they are attempting to do in Star Citizen) is if they extend fuel loss beyond only hyperspace jumps, where you also loose fuel in super cruise and normal flight, as well as make the flights weight a bigger factor. Basically, they'd have to make the game more realistic for it to be a significant addition to gameplay. I used to be a Flight Dispatcher, and from experience generating flight plans, the lower you fly, the more fuel gets burned. This is why if something goes wrong and the flight has to descend from, say, its planned 30,000 feet to 15,000 feet, the entire flight basically has to be recalculated to make sure he still has enough fuel to get his destination. I'm sure this also has to do with gravity, but winds aloft and temperature most certainly does as well.

The higher the tail wind, the faster the plane goes. Its perfectly fine during the enroute phase of the flight, the more tail wind the better. But as you can imagine, this is certainly not what you want during takeoff and landing, because even a 2 or 3 knot tailwind can drastically increase the planes maximum allowed weight for takeoff and landing, and you'll end up delaying or canceling the flight entirely because its no longer safe. As for temperature...well, generally, the colder the better, because the hotter it gets, the less dense the air, which means the engines have to work harder to gain altitude, and even to slow the plane down for landing, which means, yet again, that your weight will have to be even lower to keep it within the planes max structural limits. We kind of see this in games like Frontier: Pilot Simulator to a certain degree, and we'd have to see it in Odyssey for these thin atmospheres to really matter.

Meh, not really necessary unless the game will include a rather extensive, and realistic flight planning system, beyond even what you've seen in any commercial flight simulator, MS Flight Sim 2020 included.

Meh, not really necessary unless the game will include a rather extensive, and realistic flight planning system, beyond even what you've seen in any commercial flight simulator, MS Flight Sim 2020 included.
Click to expand...