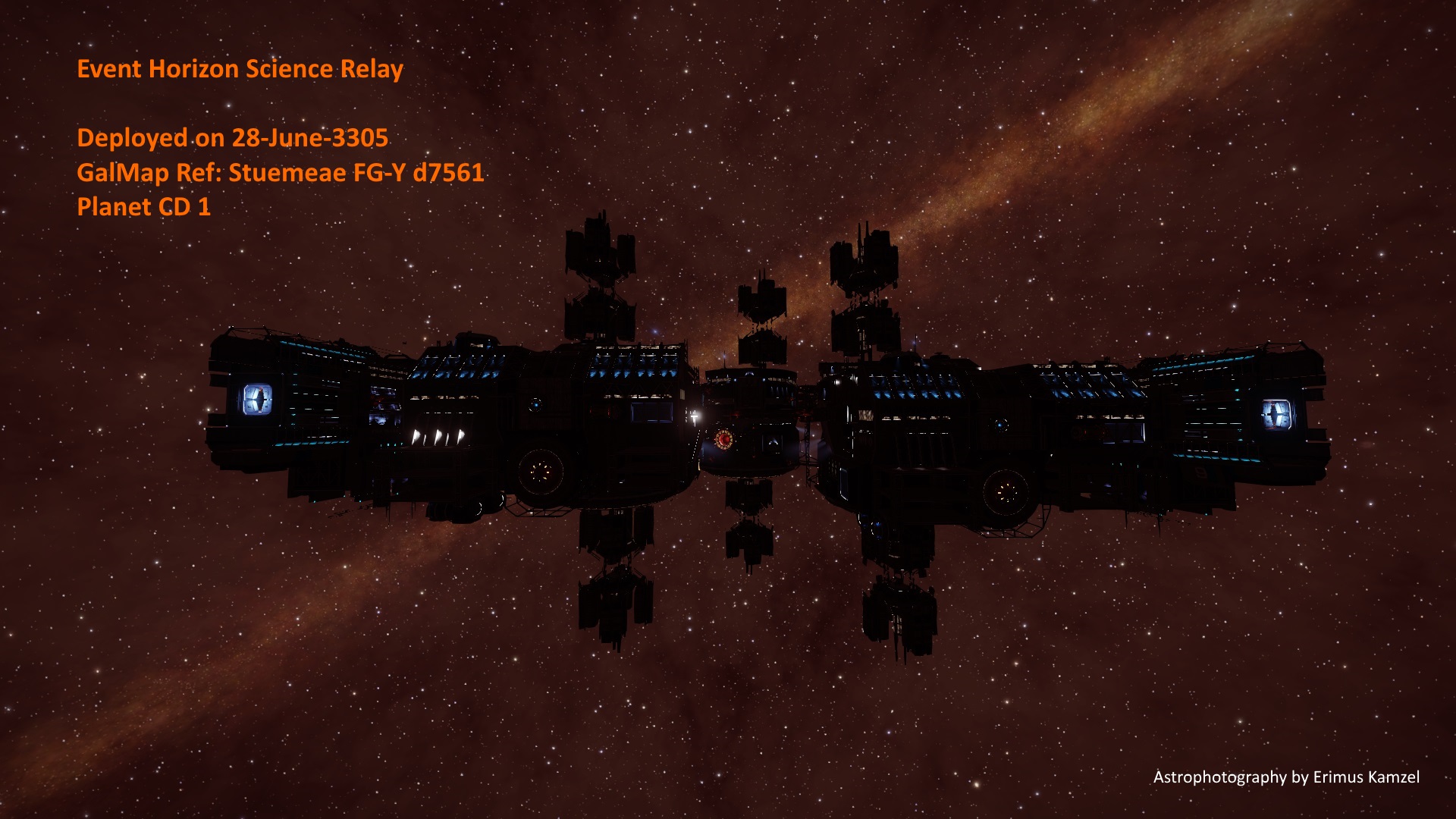 As a tier reward earned during the second Distant Worlds 2 Community Goal, held as the Explorer's Anchorage in March 3305, the Event Horizons Science Relay has now been deployed around planet CD 1 of Stuemeae FG-Y d7561. 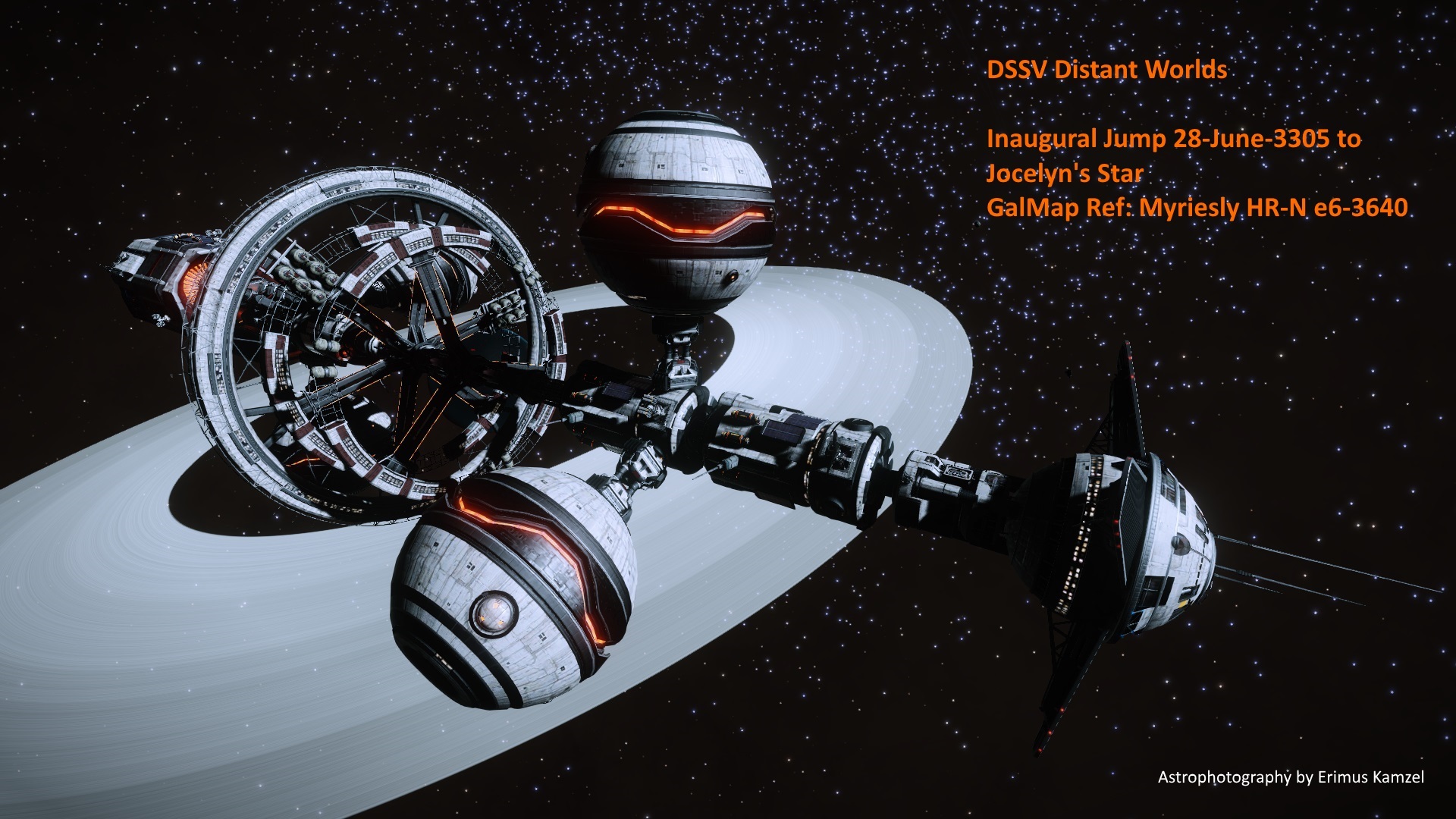 "Dedicated to the DW2 fleet who built it, we are very proud to announce the launch of the DSSV Distant Worlds megaship, and we look forward to its maiden voyage as it embarks on its Journey of Scientific Study around the galactic core".


The megaship will follow a flight-path based on the following Pilots Federation (FDEV) stipulations;

It should visit no more than 6 locations during its tour
It should travel no further than 1,500 LYs max distance from the Explorer’s Anchorage
Each hyperjump cannot exceed 500 LYs
Each jump will occur on a fortnightly basis (update July 20th: this seems to be a weekly jump schedule now)
The final jump will be its return to the Explorer's Anchorage, whereupon the tour will begin again
On your first visit to the itinerary system where the megaship is currently located, you will need to do a system scan for it to show up in your nav panel


This megaship will be based out of the Explorer's Anchorage, and will periodically conduct a Journey of Scientific Study during its travels between the following galactic core POIs;
​ 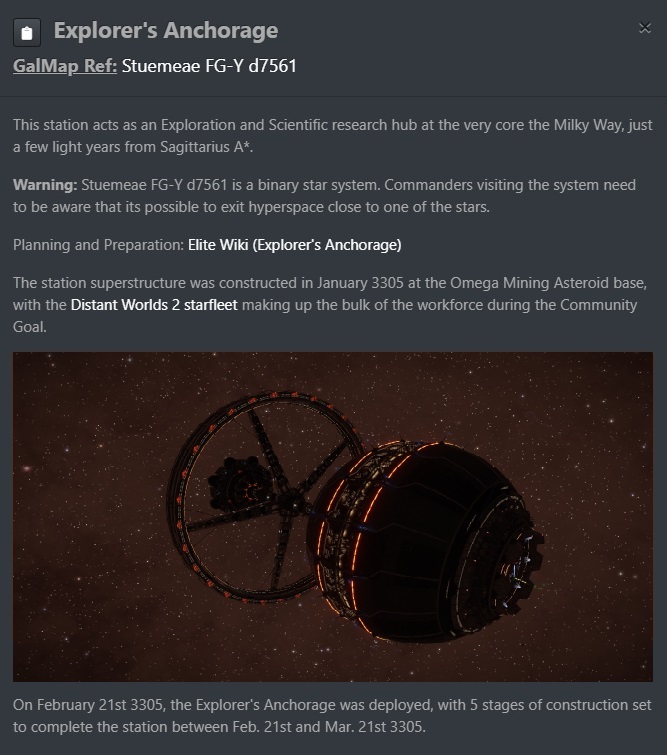 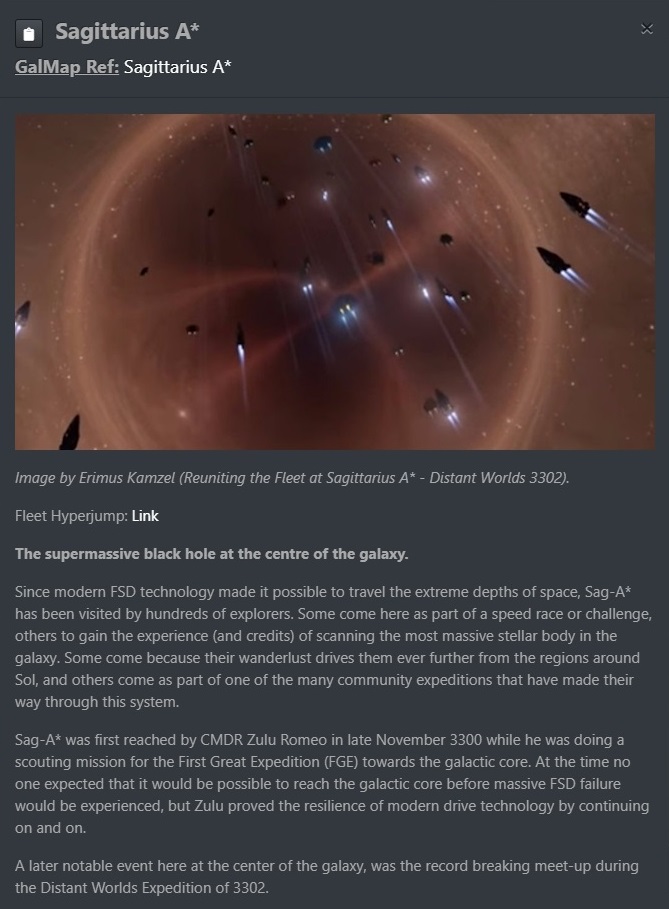 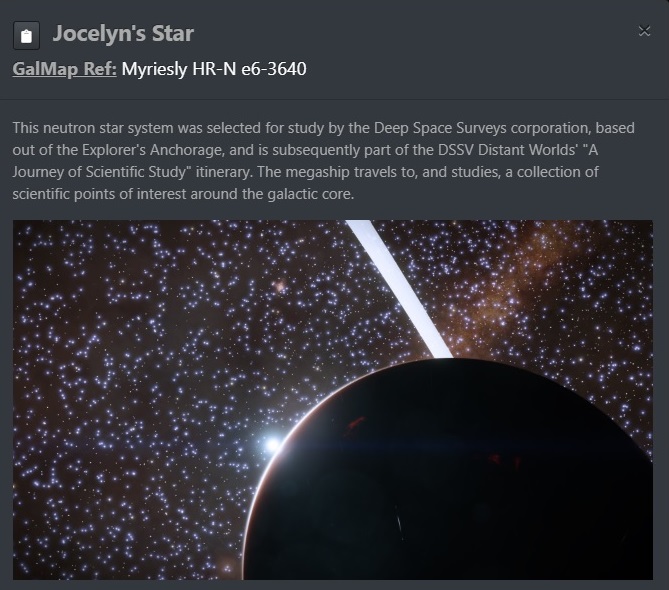 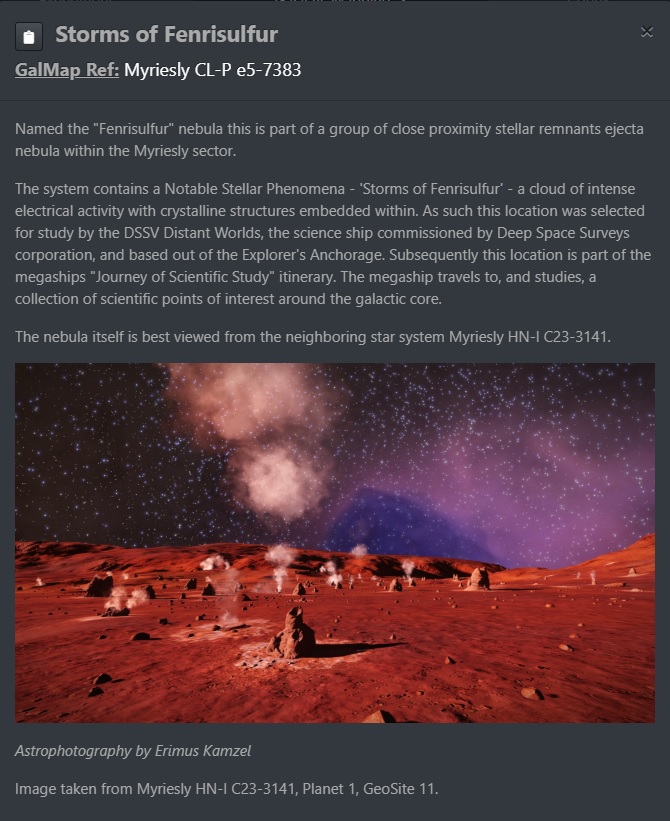 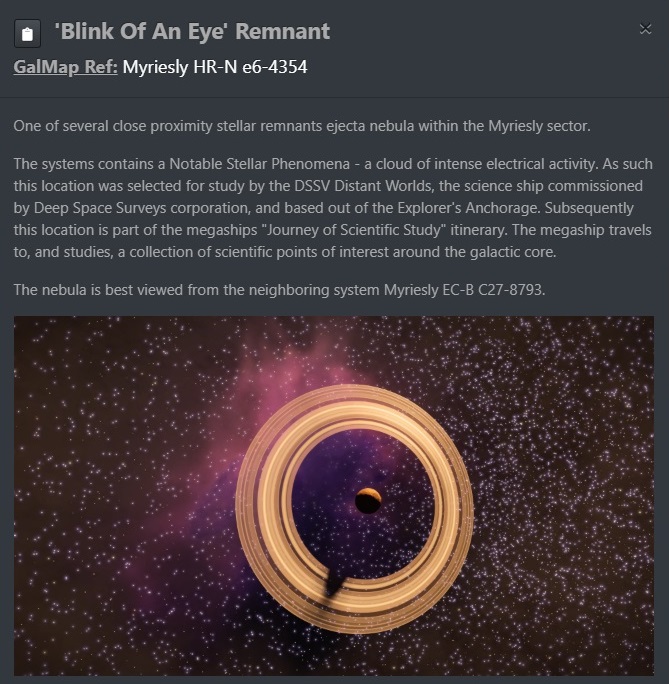 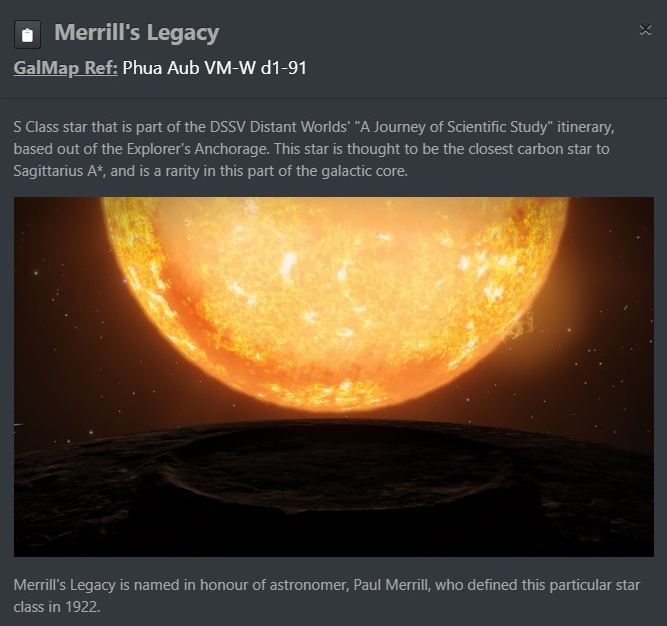 Sooo....you're saying I ought to turn around and come back to Sgr A* to have a look

Ladies and gentlemen... We got 'em.

M
Ooh, very nice! I was expecting just a static megaship. This is a nifty way to highlight some of the local sights, since the devs seem not to want to scatter too many tourist beacons in the area.

They said it wouldn't be, but I'd imagine someone will be by to check soon enough. FWIW, EDDB and Inara don't know about it yet, which does suggest non-dockable.

So who's the captain of the DSSV Distant Worlds? Captain Kamzel? Captain Kaii?

Awesome! I'll have to visit these before too long.

Eagle131 said:
So who's the captain of the DSSV Distant Worlds? Captain Kamzel? Captain Kaii?
Click to expand...

Erimus Kamzel is likely to try and hyperjump it to Andromeda

Is this thread gonna keep up with the itinerary? Can we know when the jumps happen?

Heavy Johnson said:
Is this thread gonna keep up with the itinerary? Can we know when the jumps happen?
Click to expand...

I was told by FDev that it will jump every two weeks. So unless there's a GalNet article stating its itinerary, the table I posted on post #1 is the best guess on the order the jumps will take. If it jumps to Storms of Fenrisulfur on July 11th, we'll have our answer.

Just left Beagal Point yesterday and on my way back to the core. Guess I know where I am heading now.

After Apollo 11 I'm heading out there

Heavy Johnson said:
Is this thread gonna keep up with the itinerary? Can we know when the jumps happen?
Click to expand...

Normally they have a jump itinerary you can scan off a data point. Which of course means you have to find it first

BaldEagle said:
After Apollo 11 I'm heading out there
Click to expand...