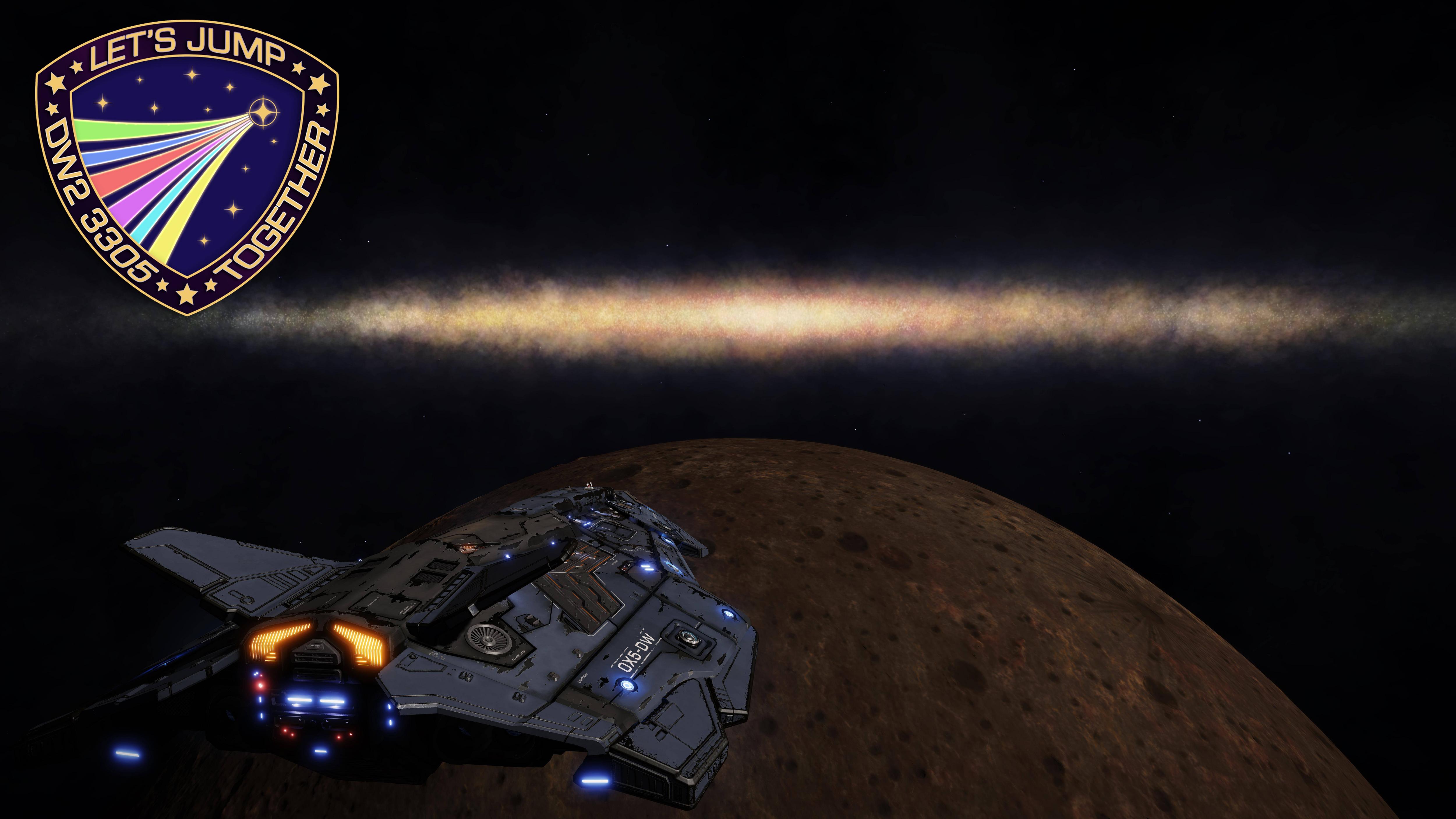 After completing our long trek to the Galactic Aphelion, the darkest and hardest part of our journey to Beagle Point still lies ahead of us: The crossing of the lonely lands of the Abyss. As we head out to our final destination, let us jump together again. We will be waiting for you at Waypoint 11, Luna's Shadow, on Easter Sunday.

UPDATE: Both instances are now at capacity with about 60 CMDRs signed up. You can still sign up and will be put on a waiting list. As there's always people dropping out, theres a good chance to get winged in even if you're on the waiting list. If the waiting list gets big enough, we may try setting up a third instance (no promises though). Please check the ROSTER to see the current numbers in Instances 1 & 2.

GENERAL CONCEPT & TIMELINE (all times in UTC / INGAME TIME) - DETAILED INSTRUCTIONS ARE BELOW
WING COORDINATORS FOR JUMP 11 - Please make sure to check for the final list of your wing coordinators before the jump!

CMDRs
DETAILED INSTRUCTIONS FOR THE MASS JUMP
UPDATE: Instance 1 is now almost at maximum capacity. Please check the ROSTER to see if there is still room, otherwise, please select Instance 2.
Last edited: May 23, 2019

BTW:
Don't use your boost button in normal space at meetups please. We heard some complaints about that.
Also try to not be late, there were other people wanting to get in but didn't signup while signed up people didn't show up last time.

My mass jump info post has now been updated with current information on JUMP 09 - The Galactic Rainbow, on March 31st, 19:00 UTC in the Fleetcomm PG.

If your going for a rainbow effect, maybe you should instead of placing all ship types together you should get the commanders with the same engine plume colours together. the rainbow will then be organised and not just a jumble of colour (which also looks great btw).

Signed up for instance 2 o7

All signed up in instance 2. Confirm we are meeting in the Phroi Bluae KX-K d8-911 system yes?

Cdr Voorheez said:
All signed up in instance 2. Confirm we are meeting in the Phroi Bluae KX-K d8-911 system yes?
Click to expand...

Woops, I screwed up the time zone conversion in my head and didn't realize my mistake until 30 minutes after the scheduled jump. Doh! Oh well. I only occasionally manage to attend these anyway.

Serious?
Now I can buy me friends who play with me!?

Rudi Raumkraut said:
Serious?
Now I can buy me friends who play with me!?
Click to expand...

Yes, but the Gold level tier friendship will only be valid for the duration we stay at Beagle Point.

lol you d*^ks had my blood boiling at one point until i saw rick.....lol well done

So we have to PAY to get a place in a mass jump from now on in yeah?
A bold brave move which may upset a few. I am considering the gold package.
Last edited: Apr 1, 2019
You must log in or register to reply here.
Share:
Facebook Twitter Reddit WhatsApp Email Link
Top Bottom