Alec's best of the forum (and elsewhere) [v2]

Alec Turner said:
Trending: Road to Odyssey Mission Playthrough, furthest SRV from Sol and first SRV on a fleet carrier (not the same SRV I hasten to add).

And further to that, now also added Golgot's summation of Frontier's additional comments on the Odyssey mission from yesterday's Supercruise News livestream.

Just a couple of things I saw on this week's Supercruise News that I wanted to highlight.

First up, what I reckon' is one of Beetlejude's finest drawings yet. 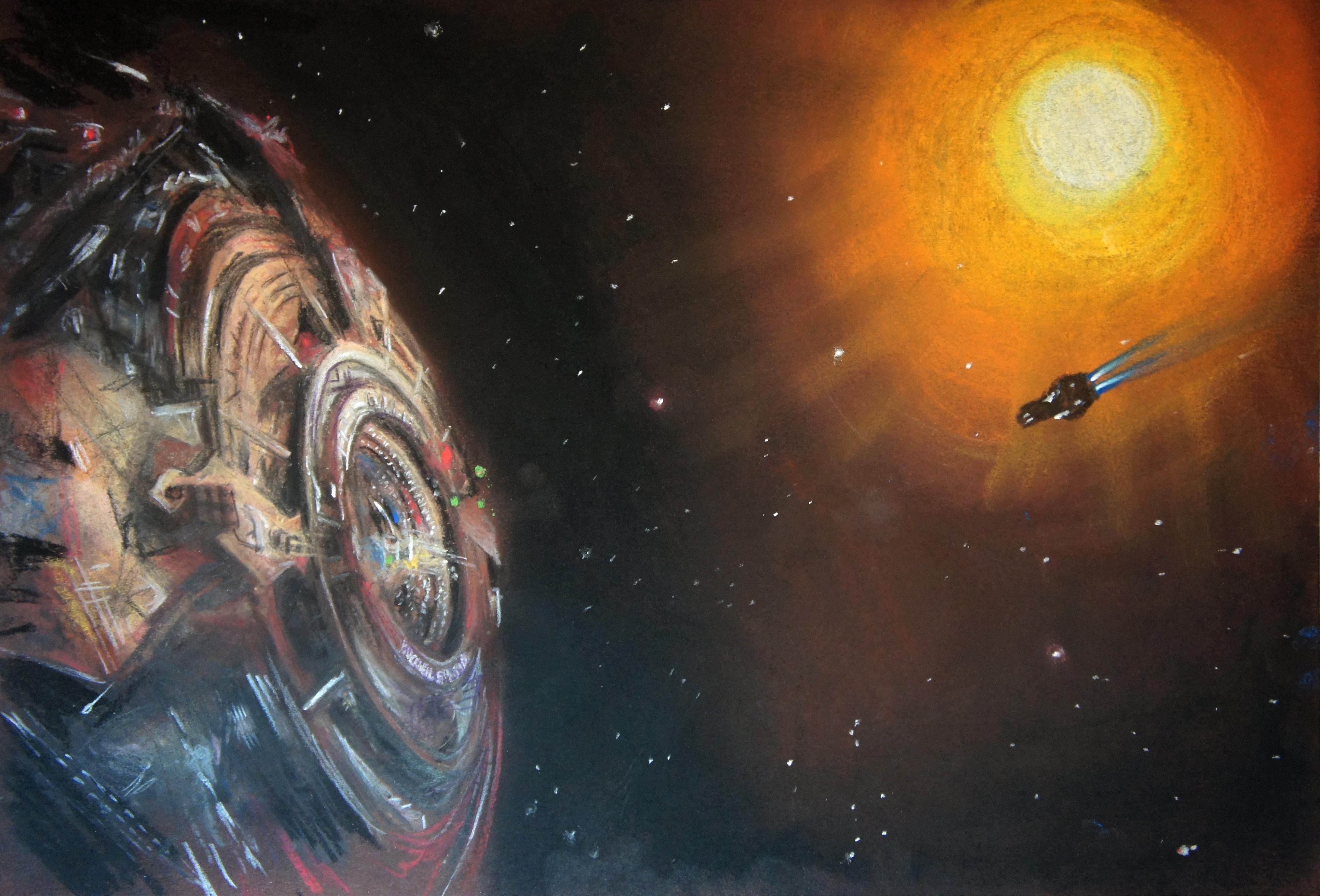 And second, Cmdr @Malic is working on an Elite: Dangerous conspiracy board! I don't know much about this but I think the document kinda speaks for itself.

Basically an attempt to interconnect everything that's happened in Galnet.

Here we see exclusive footage of Malic working on this epic undertaking. 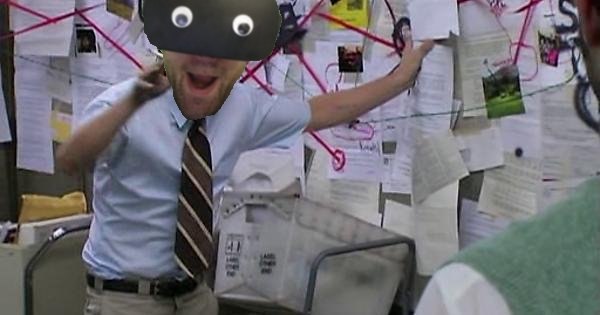 Added the Buur Pit's excellent "New Player Guide" video to the "manuals, guides and other stuff for new players" section. 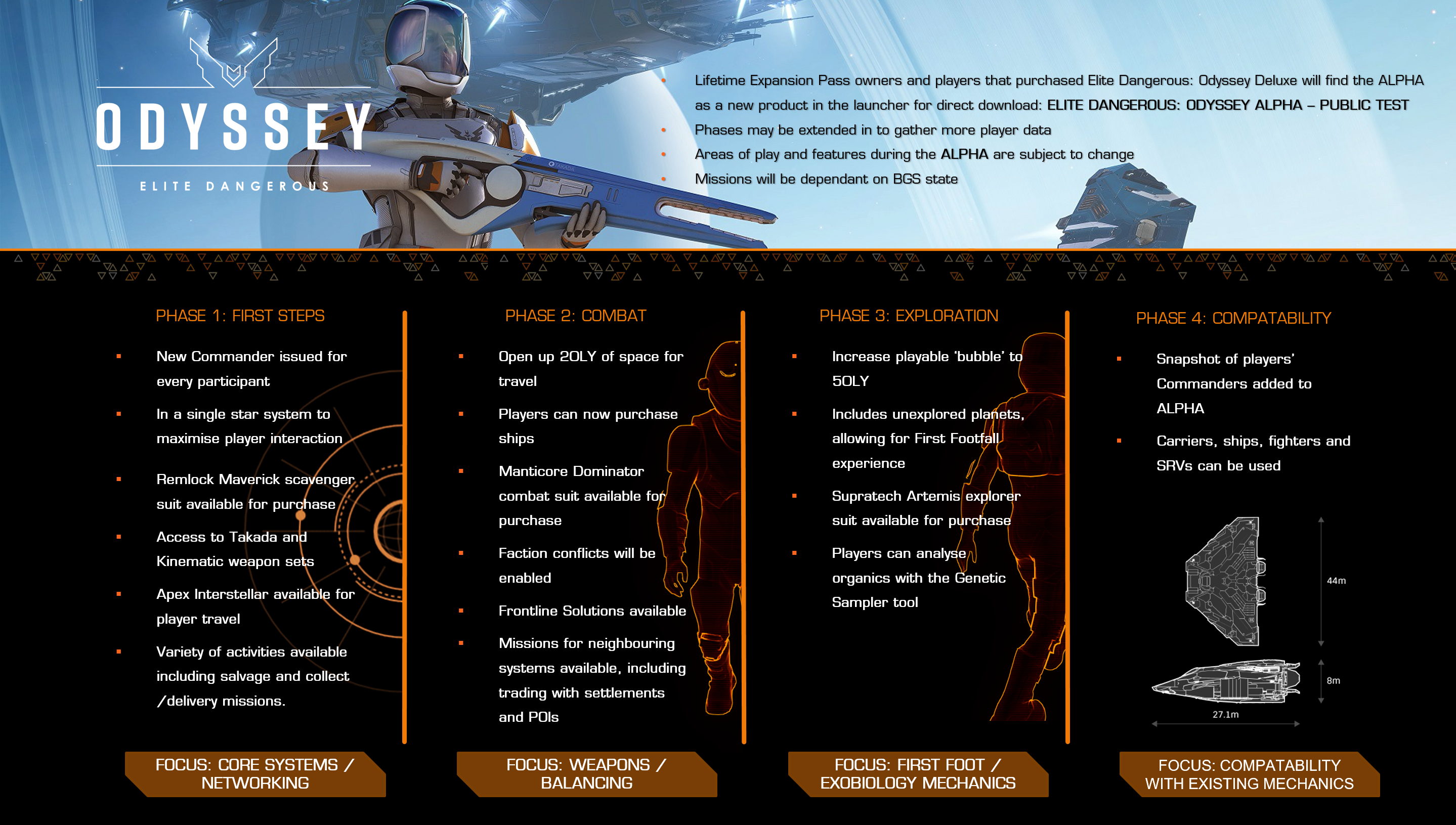 Greetings Commanders! We're just days away from the launch of the Odyssey alpha on March 29! The alpha is going to be an incredibly important tool in shaping Odyssey based on your feedback, and to make sure we gather data and test efficiently, we'll be splitting the alpha into phases as...

Trending: That starport tour! Golgot's notes on the Q&A + additional footage of Apex Interstellar services from the GamesRadar show.

C
I wanted to know when the 8A Engines will arrive Enhaced performance ? (For Balance PVP)

I appreciate everyone is pretty focused on Odyssey right now but meanwhile I'm still catching up on a few older things and I just wanted to recommend @The Pilot's excellent interview with @Arthur Tolmie which is one of the most interesting Frontier interview's in recent memory. I still have about 20 minutes to go but I'd say this one is definitely worth a listen if you haven't already (and it's still relevant, even now the Odyssey Alpha is out - i.e. it's not just another one of the various pre-Odyssey-launch hype interviews that the CM's have been doing).

Just gonna use my own thread to plug a new thing I seem to have gotten myself involved with.


Follow the link in the video description and/or the following forum thread to see the full pilot episode.

Heyo folks, Here's an internal pre-odyssey pilot meant initially as an internal pilot only but since it came out so well we welcome you to check it out! We'll continue the endeavour once Odyssey drops, so keep your eyes out! You can come along and chat on Discord too...

Trending: more Odyssey stuff (sorry but that's what's catching my eye at the moment) - firstly the hottest topic in town, that bio scanner mini-game - secondly (and arguably more important), issues with the new galaxy map (which you can vote on to try and make a difference) - and lastly (so this isn't all negative), the glorious Odyssey screenshots thread for those who don't mind spoilers and haven't already seen it.

Plus I just wanted to showcase a video (also posted in the bio scanner thread) of a suggestion on how the bio scanner mini-game could easily be changed from a twitch reaction game to something a bit more intellectual and better suited to the activity.

I cannot get over how amazing this video is!

The song is really amazing, i'm in total awe of the vocals and Burr & Rheeney are really phenomenal at their video photography.

This is gonna get played soo much!

Jack Wilmslow said:
I cannot get over how amazing this video is!

The song is really amazing, i'm in total awe of the vocals and Burr & Rheeney are really phenomenal at their video photography.

This is gonna get played soo much!
Click to expand...

I'm also amazed at how professionally well timed the video is to the song.

It's pretty darn slick isn't it ... I suspect a lot of hours went into making that one.

Long time no update, hope Alec didn't get burned out as well. But things will get better again, I am sure.

Nerix said:
Long time no update, hope Alec didn't get burned out as well. But things will get better again, I am sure.
Click to expand...

Not much "best" in the forums since Odyssey dropped.

I'm still here but I am having a seriously hard time getting my mojo back I'm afraid.

In my wildest nightmares for Odyssey I imagined a lot of stuff would be added to the game that wouldn't interest me (e.g. I was never that excited about the idea of on-foot gameplay) but as an absolute minimum I thought that flying under blue skies would be cool, that there might be improvements to things like bookmarking and that atmospheric planets would bring a world of exciting new possibilities and that planning the next great planetary expedition would be an exciting prospect. But I never imagined that the UI's would be changed in ways I absolutely hate and in ways that really make me feel its designers just don't play the game. I never imagined the performance would tank so badly that I don't even enjoy doing the stuff I used to do (or that flying under a blue sky would feel so eurgh). I never imagined the lighting would be so horrible in general that, aside from sunrise and sunset vistas, most things would look worse (e.g. ask yourself why we're not seeing hundreds of screenshots of people on foot at Thargoid bases and Guardian sites ... because they just don't look good). And I never imagined that I wouldn't like the new planet tech ... but the simple fact is that I just don't. I'm just ... uninspired.

But I'm trying ... I'm still following the forums, still listening to the podcasts, still watching the videos. None of which is helping unfortunately. Obsidian Ant is sad. Lave Radio are sad. Erimus Kamzel is sad (and has currently abandoned plans for DW3), the bad news goes on and on. Even the Turning The Wheel project has fizzled out (and that's on Frontier too).