Alec's best of the forum (and elsewhere) [v2]

Trending: last but not least, Bruce wants your face, that "little ravine" 3000km farther on, and Fuel Rats in "still epic" shock news!

Hey ho ... dark days huh? Makes all this seem at bit pointless at times but really us gamers ought to find quite a lot of solace in the fact that we have virtual worlds to retreat into and something to occupy us in our isolation I guess, so onwards ..

Trending: a bit behind but ... Frontier stay at home and vECM rises from the ashes!

Also wanted to shout-out a few other things.

Firstly last weeks Lave Radio, set in a universe where all our wildest hopes and dreams for Elite Dangerous came true, was a work of flippin' genius and everyone needs to give it a listen.

Secondly, the Loose Screws podcast continues to get better and better. Kai Zen's Elite Week (which is a superb roundup of all the best things happening in the Elite Dangerous community this week) has now been moved into it's own separate feature production on Youtube ..


.. and this week's special guest interview is with none other than Frontier's Stephen Benedetti who answers probing questions on Raxxla, Fleet Carriers, the 2020 update and the very best in Scottish cuisine ..

And lastly the latest issue of the glorious Sagittarius Eye magazine is out!

Sagittarius Eye is the monthly online magazine for Elite Dangerous, featuring the best artwork and most incisive articles from the Galaxy’s most talented artists and reporters. We are your source for commentary, analysis, news and entertainment in the Milky Way – by Commanders, for Commanders...

Plenty of great reasons to stay at home and consider ourselves lucky!
Last edited: Mar 23, 2020

Also a quick shout-out to the Planetary Circumnavigation Club who are celebrating adding three new successful circumnavigations to their ever growing list today.

Ladies and gentlemen of the Planetary Circumnavigation Club, we haven't had one of these for a little while but please be upstanding for Cmdr Straha Yeager! Cmdr Yeager has just completed a 4 month long circumnavigation of Blau Euq WK-V d3-1 C 7. With a circumference of 12,690 km and a total...

T minus 7 days and counting ..

Greetings Commanders, We're thrilled to announce that the first look at the upcoming Fleet Carrier update will be coming to your screens on Thursday, 2 April! Lead Server Developer, Dav Stott, and Game Designer, Luke Betterton, will join us on a special video to talk us through what these vast...

Since comments are/were turned off on the thread at the moment it seems likely to get missed by a few people so I thought I'd highlight it here.

There's also links in there to the patch notes, guides and focused feedback threads.

Note: I suspect that the comment about "you will need Steam downloaded to participate" is rubbish - it was last time.
Last edited: Apr 8, 2020

Alec Turner said:
Note: I suspect that the comment about "you will need Steam downloaded to participate" is rubbish - it was last time.
Click to expand...

We have updated the OP with instructions on how to join the beta if you're not using Steam. Apologies for any confusion caused!
Click to expand...

Just wanted to say that there's not much happening on "Alec's Best of the Forum" recently because, quite frankly, the forums are drowning under so much fleet carrier negativity at the moment that I'm struggling to find anything to feel positive about. Partly it's the global situation, partly some burn-out on my part but mostly I'm just not feeling it. Anyway, I did just want to shout out a couple of things despite all that.

Firstly this Saturday (that's tomorrow) is v-ECM. For those that don't know this is the virtual Elite Community Meet that's been organised to replace the actual Elite Community Meet which should have been taking place this weekend in Cambridge but had to be cancelled due to "you know what". Anyway, there's all sorts of stuff going on (including the charity raffle that would have happened at the live event, online social games like Artemis and Second Life, some Elite racing and a special episode of Hutton Orbital radio). Find all the details over here: vecm-the-virtual-elite-community-meet-sat-11th-april. Please go and show that thread some love because so much effort has gone into this (effort redirected from the heartbreak of the actual ECM having to be cancelled) and it really deserves more attention than it's getting - probably due to the virulent outbreak (no, not "you know what" ... I'm talking about the tide of fleet carrier criticism that the forums are currently drowning under).

Secondly, and also related to the Hutton Truckers - I just wanted to highlight the fact that Operation HOT MESS (the seemingly ludicrous and impossible mission to deliver a Hutton Mug to every single market in the galaxy) is, beyond all belief, now incredibly close to being completed. As of last Wednesday, out of the 55,469 stations on the list, only 15 now remain mugless! This is an absolutely mind-bending achievement! Full details over here: pilots-of-the-galaxy-hutton-has-a-mission-for-you-operation-hot-mist.

And lastly, since fleet carriers are inescapable, here's something actually quite cool that I spotted. Basically @Mysteron has collected together a whole bunch of screenshots from various fleet carrier construction yards around the bubble which illustrate the range of fleet carrier styles and configurations that seems to be possible, presumably something which will come as cosmetics and kits that can be applied. Really quite cool! carrier-livery-portraits.
Last edited: Apr 10, 2020

P.S. Oh and if anyone missed these, the Frontier community managers were out and about, popping into various livestreams and podcasts this week. Two particularly notable ones were Tuesday's Lave radio ..

(also available as a podcast)

.. and Thursday's breakfuurst stream with the Buur Pit crew ..


.. both of which feature Q&A's with various members of the Frontier team.

Just listened to the Buur Pit interview. Really, really good. Bruce and Stephen talked as openly as they could about what was happening on the forums and some really interesting background on the initial support ship concept and why they pivoted away from that. They're also funny (also Buur and Rheeney are always great)

Right then ladies and gentlemen, I've been waiting for the right moment to post this but ... they've done it ... they've only bloomin' well gone and flippin' done it!

As of 9pm last night the Hutton Trucker organised operation HOT MIST has successfully delivered a Hutton Mug (a commodity, lest we forget, which is only available in limited supply at a station so remote that it takes a little under one and a half hours in supercruise to get there) to every single accessible commodity market in the galaxy!!! (and there's over 54,000 of them)

P.S. you've got just 7 days left if you want to earn money for your fleet carrier in the live game in time for the snapshot that will be used for beta 2.

Greetings Commanders! o7 On 30 April, we will be saving your game data to be used in the Fleet Carriers Update - Beta 2. This means that whatever state your account is in, will be the state that we will use for Beta 2. So if you wanted to grab a few more credits, you've got a week to do it...

No matter the future of Elite Dangerous, I will always have Borann. 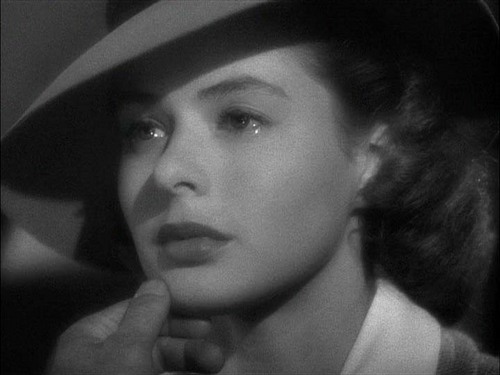 Old Duck said:
I will always have Borann.
Click to expand...

I mean the memory, of course. :sad:

Old Duck said:
No matter the future of Elite Dangerous, I will always have Borann.

Of all the games in all the world, you had to walk into this one.

Hi all, just wanted to give a shoutout for the interview between @CMDR Kai Zen of Loose Screws and @Bruce Garrido "Gambit" of Frontier. I'm only about halfway through but it's flippin' brilliant! I know a lot of you will have seen Kai promoting his videos and podcasts in various discord servers and social media platforms around the internet (and may possibly even be starting to develop Zen-fatigue

) but people REALLY ought to make an effort to listen to this one - it's an absolute delight and very encouraging.

Alec Turner said:
Hi all, just wanted to give a shoutout for the interview between @CMDR Kai Zen of Loose Screws and @Bruce Garrido "Gambit" of Frontier. I'm only about halfway through but it's flippin' brilliant! I know a lot of you will have seen Kai promoting his videos and podcasts in various discord servers and social media platforms around the internet (and may possibly even be starting to develop Zen-fatigue

) but people REALLY ought to make an effort to listen to this one - it's an absolute delight and very encouraging.

1. Thanks! and,
2. Mental Note: dial back on the marketing effort.

Nah man, that's just me and my English reserve ... you do you, it's good stuff!

Hey folks ... it's nearly time for some more Buckyball Racing!

In the first of four new Buckyball races now in the racing club calendar, @Edelgard von Rhein brings us "Signs of Life", a brand new time trial event scheduled to run from the 9th to the 17th of May.

Full details for the race can be found in the official race event forum post over here: the-buckyball-racing-club-presents-signs-of-life-9th-may-to-17th-may-3306

It might seem like a bit of a wall of text but it's actually an easy read full of clear and concise instructions on what the race entails and how to take part.

The TLDR is that you have half an hour (in the regulation DBX class) or a full hour (in the unlimited ship class) to set out from the start/finish station and scan as many different signs of life as you can find in the surrounding areas of the galaxy.

So, if you're bored of shooting rocks in Borann and are looking for something genuinely fun, engaging and different to get involved in for a week then why not give it a try. You'll almost certainly learn new things about the game, improve your ship handling skills and become part of a great community that's been around since the game first launched (this is our 71st race).
You must log in or register to reply here.
Share:
Facebook Twitter Reddit WhatsApp Email Link
Top Bottom